Tom ‘Dool’ Gilligan, keyboardist and DJ for northern beaches band Winston Surfshirt, and professional model maker, is a bloke of many talents. He’s designed props for Hollywood films like Thor and Alien Covenant. He’s toured the world with the band, played sold out shows and festivals from Perth to the UK. He can count Elton John as a superfan. And he’s hand-built to-scale models of billion dollar developments. But when it comes to designing a suit for his upcoming Noosa wedding… Let’s just say he’s more comfortable in his Adidas trackies, Stan Smiths and a white tee. We caught up to chat music, model-making and designing a custom suit for the first time.... 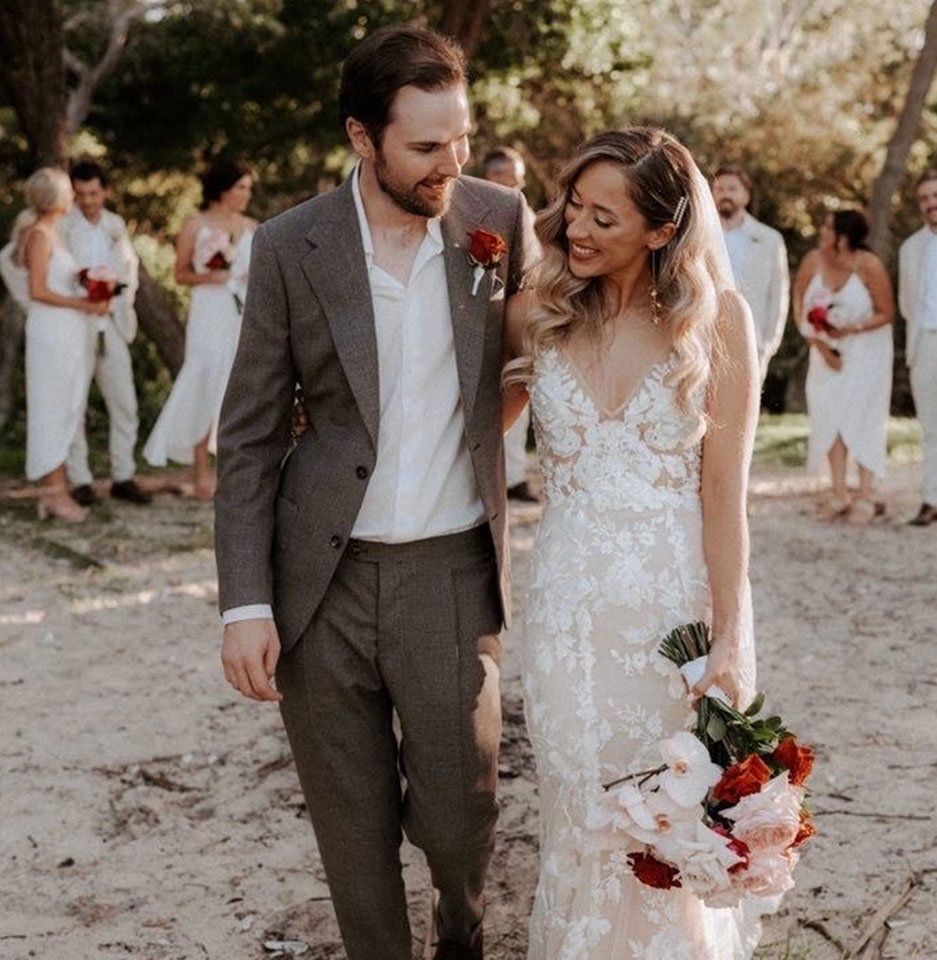 How’d you enjoy the process mate? Did you have a clear idea of the sort of suit you wanted for a wedding before you arrived at your appointment?

I loved it. We had a beer, kicked back and took our time. It was a really relaxing and fun experience. I knew from the beginning I wanted a brown suit, but I really didn’t know anything else. I had this vision of Wes Anderson flannel or corduroy, but knew that wasn’t really an option for a beach wedding in Queensland! I leaned pretty heavily on advice from our epic Stylist, and he took me through all of the options. We settled on a really beautiful lightweight brown wool that’s got enough texture to channel that sort of mood I wanted, but it will be super breathable for a hot Noosa wedding. 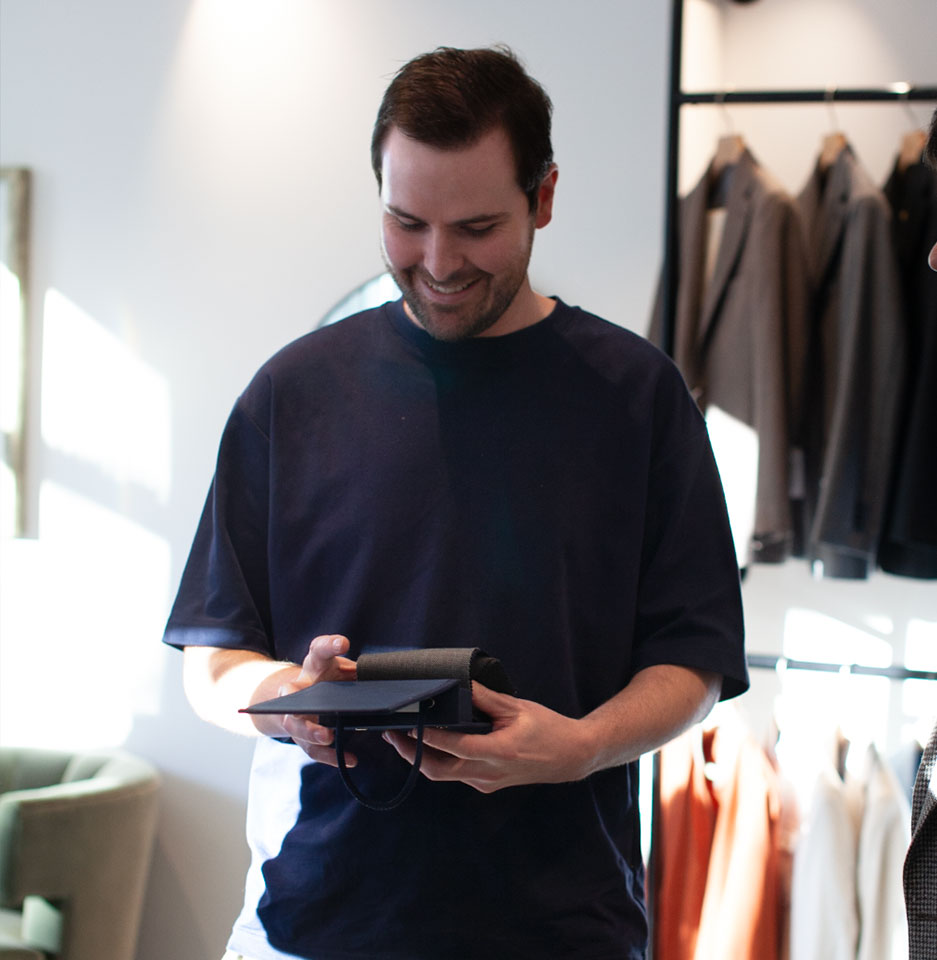 Tell us about your day-to-day style. Is a suit ever on the cards?

Absolutely not. Dress super casually during the week, Usually a white tee and sneakers. But you can usually find me in my work gear.

If you’re usually wearing casual clothes, did you find the process of designing your own suit a little stressful?

Arriving, I was a little nervous, sure. The details like the type of button or lapel - I wouldn’t know where to begin. But the Stylist put me at ease straight away. If there was a clear obvious choice, he pointed me to it and explained why he suggested that. And then he told me where I should experiment and have some fun, choosing all the extra little details like a bright lining, side tabs, cuffed hems, working buttons. It was the opposite of stressful. 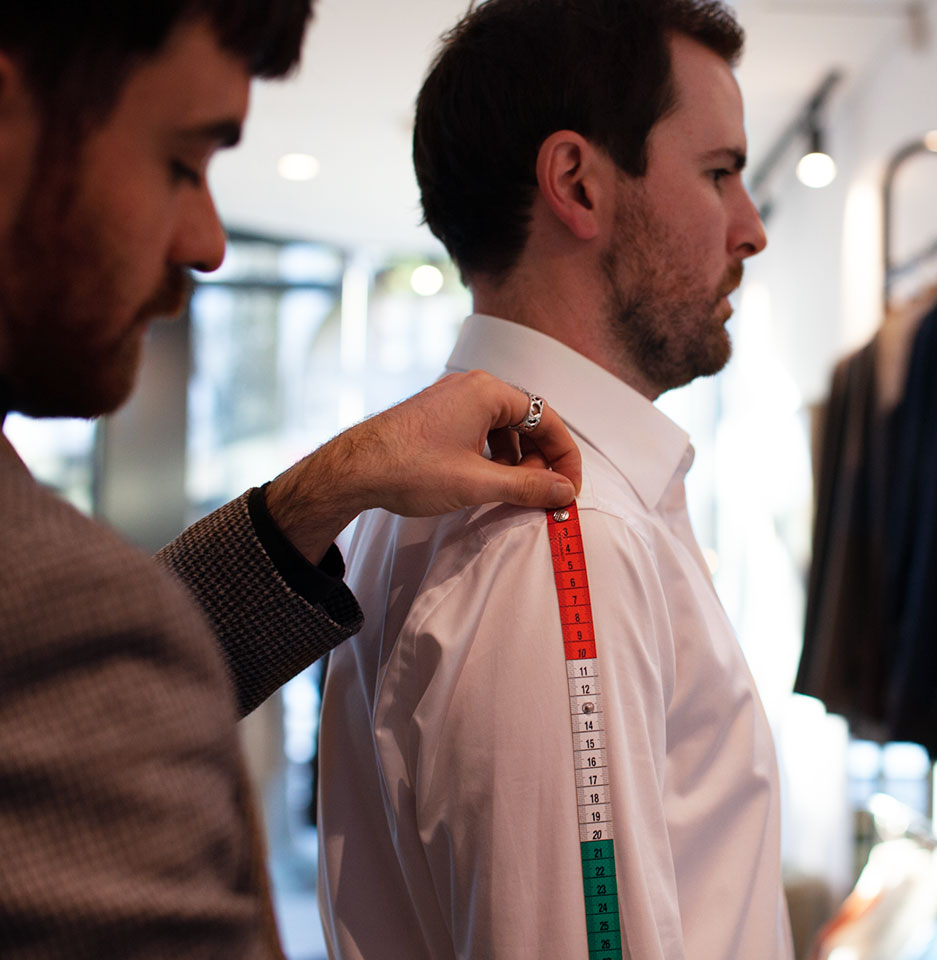 What’s it been like planning a wedding during COVID?

Luckily for me my beautiful fiance has pretty much planned the whole thing. But organising something out of state has been hard. Plenty of flights cancelled or postponed, we’ve already  had to push it once...

Talk us through the music. Have you always been big on music or was it something you stumbled on later in life?

I kind of stumbled into it in my later teen years. In the last few years of school I got into a bit of DJing. I then got into producing music. I always loved old 80s sci fi movies like John Carpenter's Escape from New York, and my cousin Andrew (Bik Julio) and I started mucking around, trying to make 80s-style synth-inspired music. I then collected a few vintage synths without really knowing what to do with them, and here we are. 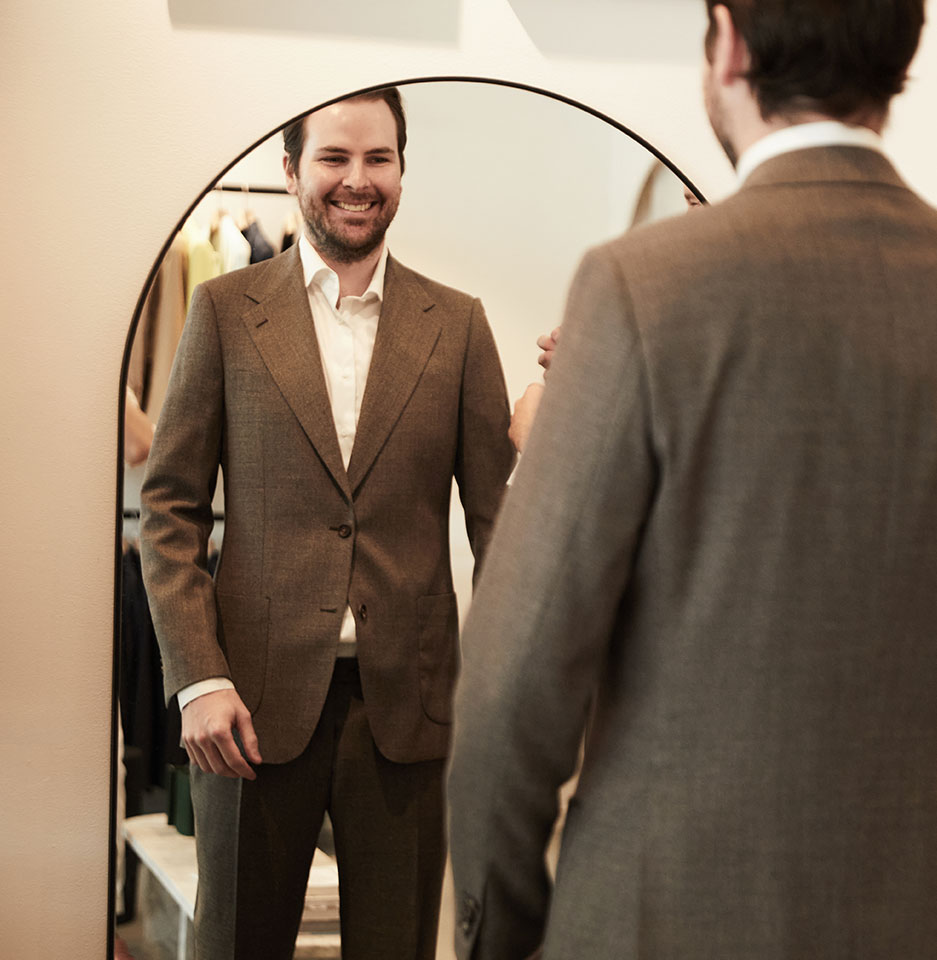 Everybody in the band knew each other already right?

Yeah mostly. I'm related to Bik Julio, the bass player who went to school with Winston and Mik. I met Bustlip at one of Winston's parties, and then met the Bone at El Beau Room in Manly, where we would play most Sundays.

What’s been the highlight of the music journey for you?

Getting to travel! Playing shows over in Europe and the UK is insane. Hard to believe people know who we are on the other side of the world. One highlight that stands out though was the first time we played Splendour in the Grass. We were first on Friday – we set our gear up about half an hour before we started and not one person was there. Looked out the front 5 minutes before we went on stage, still empty... We walk on stage and the roar of the crowd was insane – there would have been 10 to 15 thousand people standing there. We only had one song out at the time! 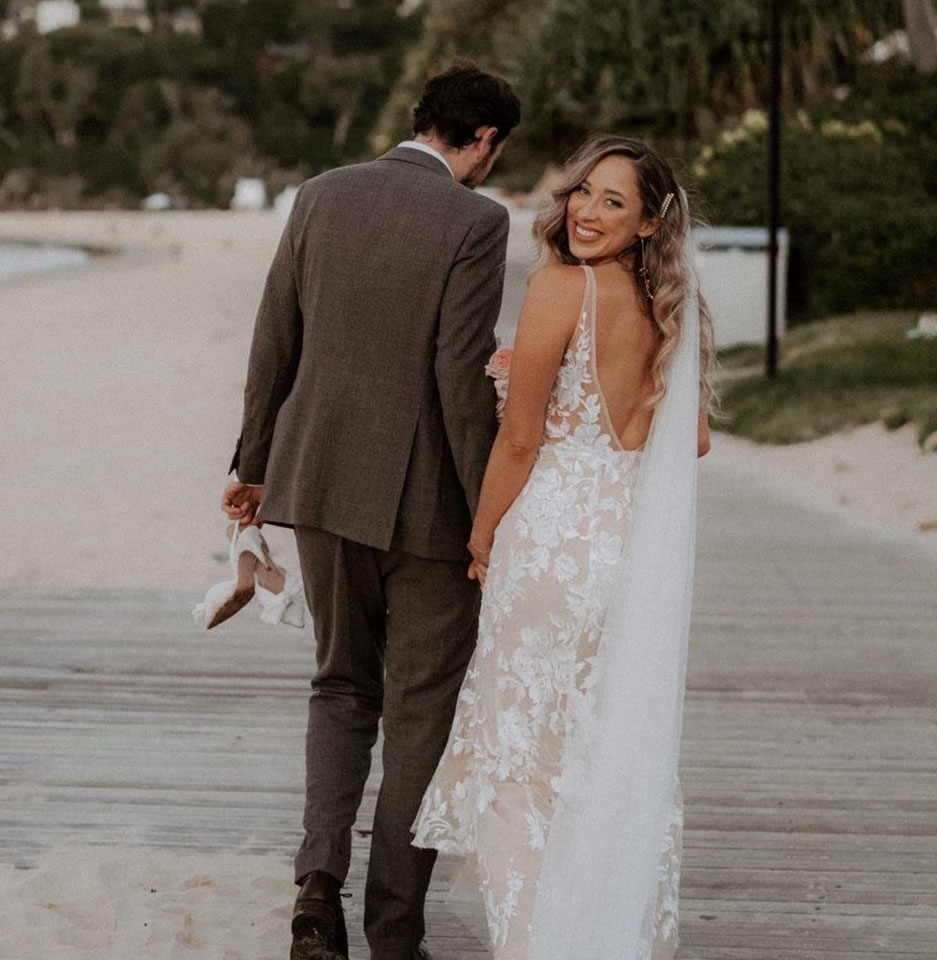 Tell us about your day job. What do you do for a living?

I'm an Architectural Model Maker, with a side of prop making. We do a lot of full detail Marketing models for big developments in the CBD and all around the world. We also get to work on big productions in the film industry when they come to town. We use machines like laser cutters, CNC milling and 3D Printing. 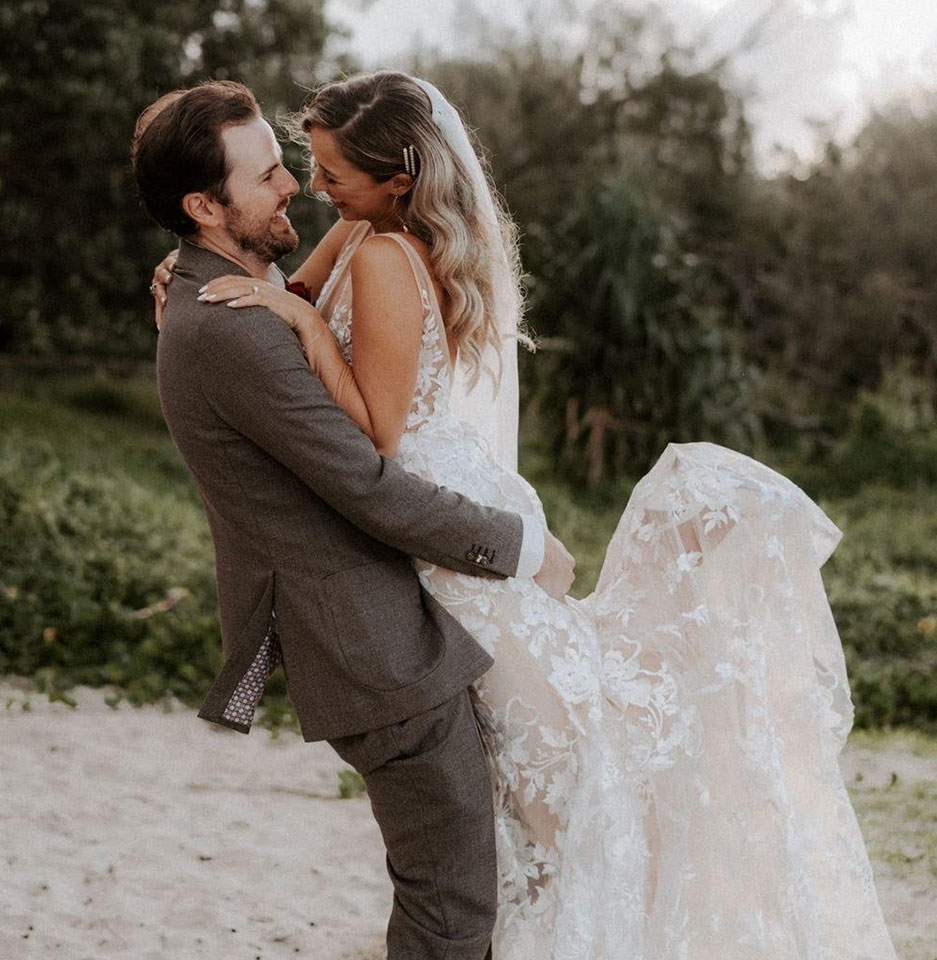 Tell us about some of the movie stuff. As a film nerd, what was it like getting to work on stuff like Thor and Alien Covenant?

Oh it's amazing, getting to work on those big films and seeing things you've made appear on screen is pretty surreal. I can't say much about Thor but it was awesome, we made so many things for that movie. But getting to work on Alien and growing up watching it is crazy – we were involved in making all the spaceship cockpits and consoles. Getting to go on set and be involved in the making process of the film was definitely a bucket list moment. Working for Ridley Scott was amazing – to see the amount of detail he goes into creating such a real environment for the actors to act in. He made us make these control panels that all had to basically work. So we custom made buttons that had to go up and down, and light up and turn off. Most directors would just have a green screen.