Kingsman: The Secret Service is a UK spy drama written, directed and produced by Matthew Vaughn with an all-star cast including Colin Firth, Michael Caine and Mark Strong. Hallmarks of the British spy flick are all present - on point tailoring, a charismatic witty lead and next level gadgetry.

Vaughn has said he came up for the movie idea when he was getting fitted in the tailor's dressing room at Huntsman. He drifted off and began to wonder what it would feel like to simply press a secret button and have the room drop through the floor to a secret spy den. That's where the idea of a tailor being a front for a spy organization emerged.

The key trademark of the film is undoubtedly the male characters superbly tailored suits. The double-breasted suit makes a strong resurgence, which we are completely behind. "It was a bold statement," Vaughn says. "But I wanted to recreate that classic English gentleman suit in a modern-day way."

Suits of Kingsman: The Secret Service

A beautiful and popular fabric from our range, and for good reason. The bold eye-catching yet elegant Glenplaid pattern is distinctively British. This is my favourite look from the movie and for good reason it was executed superbly. It is however, a daunting pattern to pull off in a full suit, if it doesn't appeal to you, we suggest creating a blazer from the material. 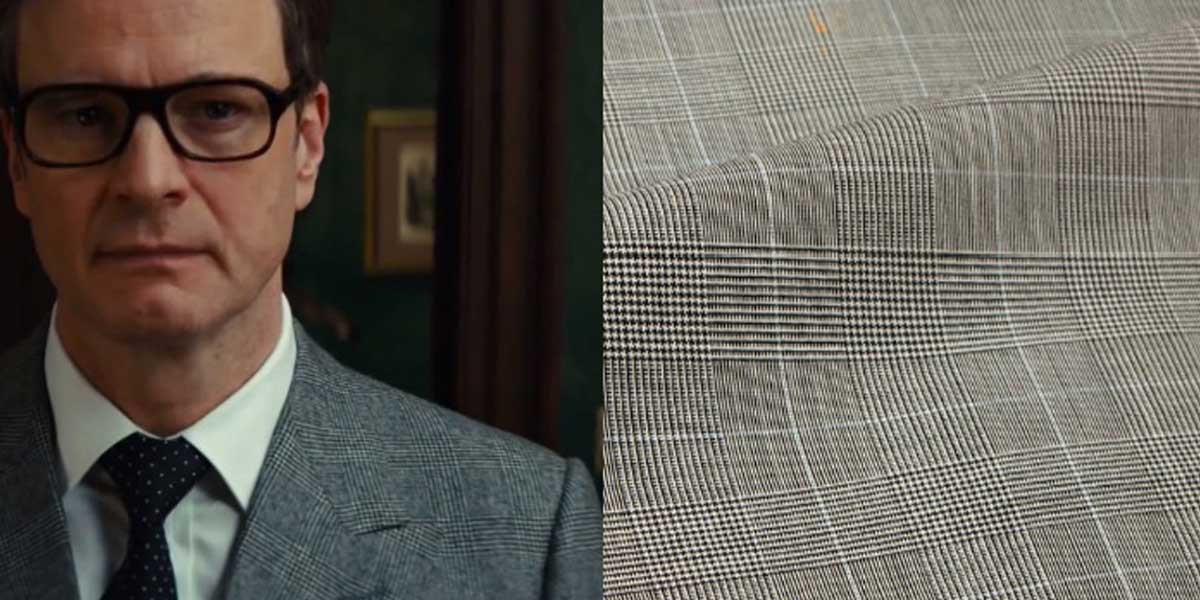 "But I wanted to recreate that classic English gentleman suit in a modern-day way."

Fabric 69 is a superbly textured super 150's wool fabric that will create a class drape with sophisticated ease. With a twelve-millimeter pinstripe width, this fabric is a close replica of the fabric used in Harry Hart's (Colin Firths) bar fight scene. 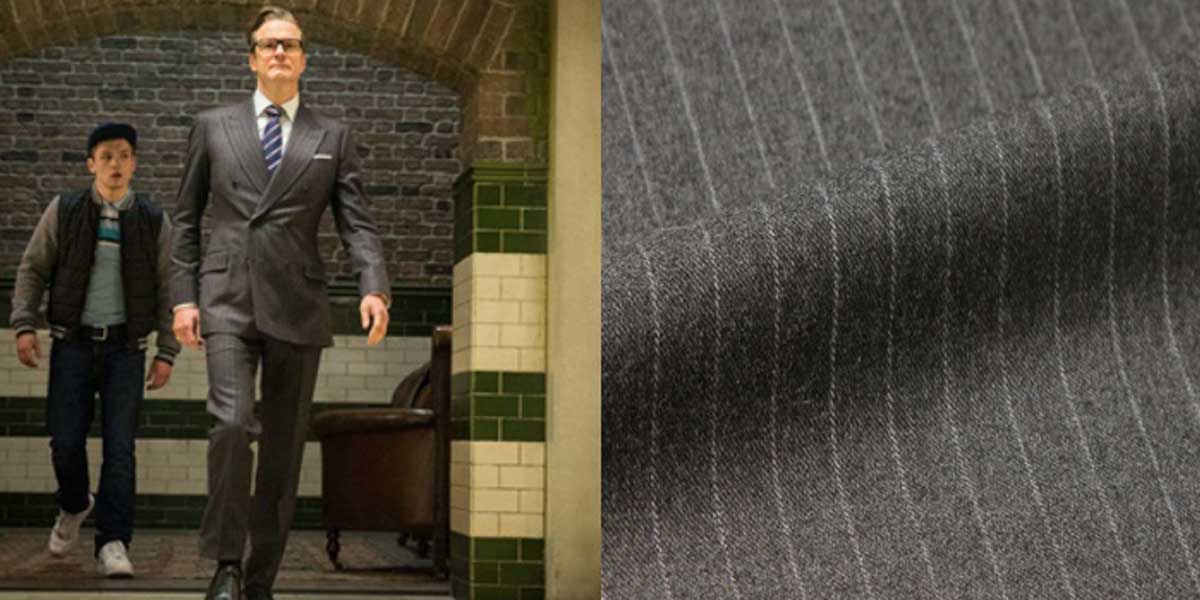 Fabric 51 is a distinctive midnight navy with a fine grey pinstripe to create a distinctive double-breasted suit. The twelve-millimeter spacing is a perfect pinstripe spacing for versatility of the jacket and situations. 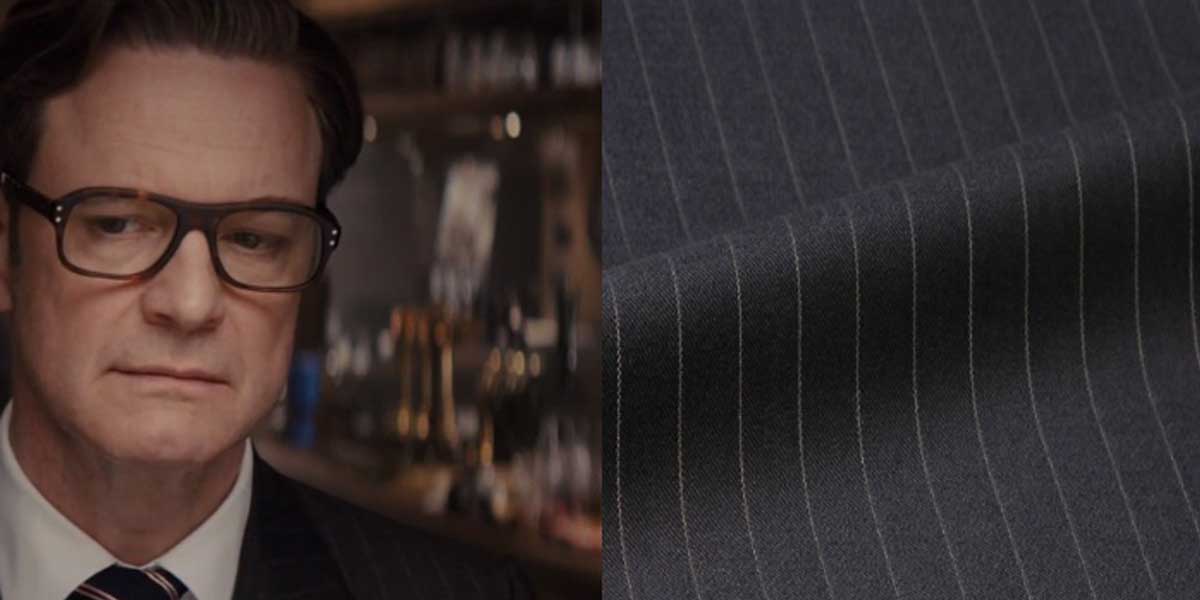 How to Cut Your Suit