On & Off the Field with Brent Richardson

Brent Richardson is a Google Marketing Manager by day, and after-tech hours, is the Head Coach of the Brooklyn Kings Rugby League team. He celebrates his birthday each year by throwing a Spicy Shirt themed party on the rooftop of his Avenue A, East Village apartment. This year was no different, as Brent was welcomed into the third decade of his life amongst friends dressed in tiki inspired prints, tie dyed shirts, and vintage numbers you would only ever feast your eyes on in a Greenpoint thrift shop—drinks and celebrations were conducted over a view of the sparkling New York City skyline. 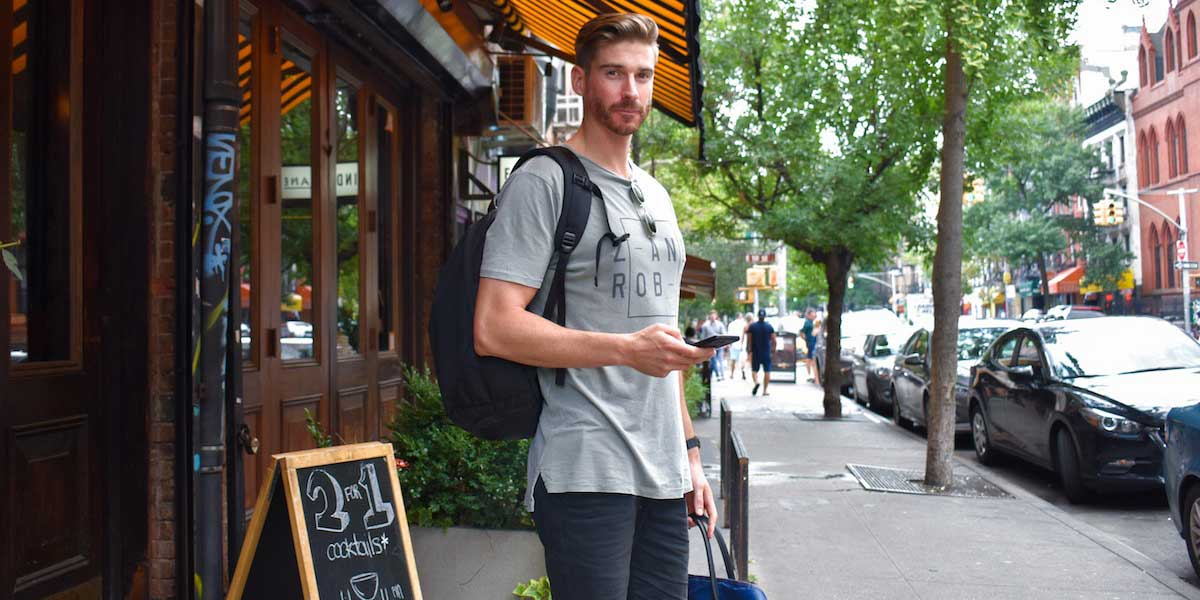 Pictured: Brent outside his favourite cafe in New York is Flinders Lane—the cafe also happens to be a stone's throw from his Avenue  apartment.

Between his full time gig at Google, and his weekends spent on the Rugby field, Brisbane raised Richardson is relatively new to custom, tailoring—naturally, we wanted to get him into a suit. We got Brent to pay a visit to InStitchu’s Flatiron Showroom, had a coffee with him at Flinders Lane (an Australian owned cafe famed for their avo smash and flat whites in the East Village), and finally, he gave us a personal tour of his stomping grounds—Bushwick Inlet park, an acre of field that once again looks over the infamous city skyline.

Tell us how you ended up in New York City and how this gig at the Brooklyn Kings came about?

I came to New York in 2015 for work and moved here with the three month travel ESTA—met the CEO of the Brooklyn Kings at a bar on Australia Day, got chatting and it all progressed from there.

There is such an emphasis on fashion these days when it comes to sports—think about the suits boxers wear before a fight, or occasions such as the Brownlow medal—what is your view on this?

There is definitely importance, dressing sharp means that you show pride in your appearance, that in itself affects how you feel about yourself. It can even get you to be in the right frame of mind in the footy field—it’s a lot about preparation—if you look after yourself, dressing well is a big part of that. 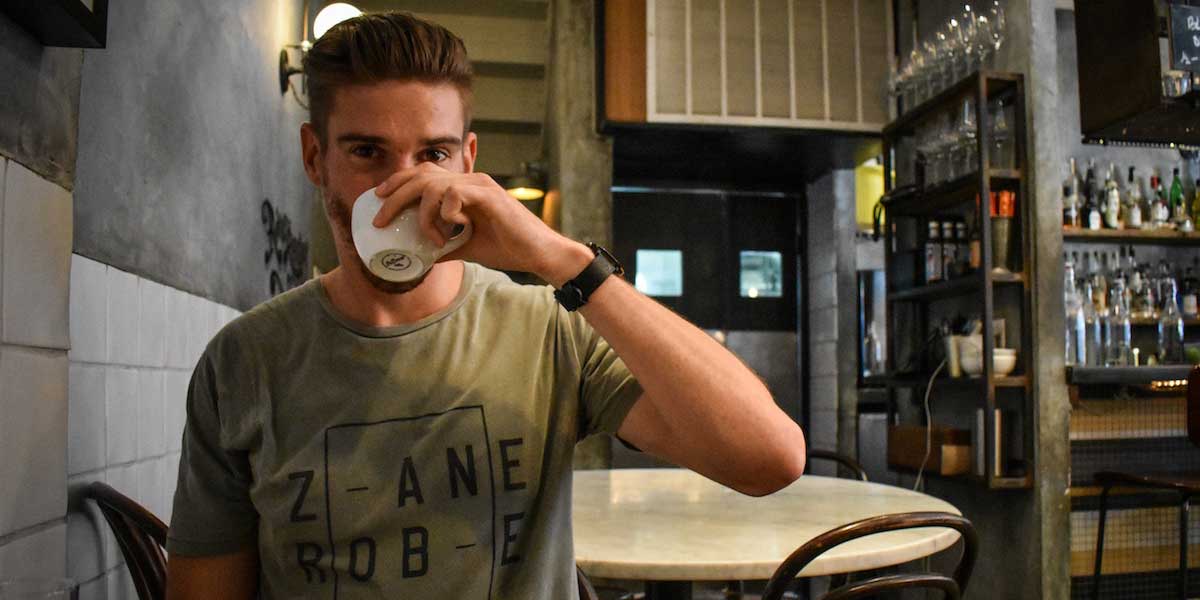 Super tight knit and close—when you move from Australia to a city like New York, it’s not easy, so when you do meet new people we all go out of our way to make them feel welcome.

We’ve got you into your first custom, tailored suit—what are your thoughts?

Didn’t realise there were so many options. Also I’ve got a lean body type and long legs, always went off-the-rack, never really fit me right, so my custom tailored suit was a warm welcome, it fit me perfectly. You don't usually catch me in a suit, so Tim the Stylist was really knowledgable too and taught me more than I expected.

Favourite part—the fact that there’s so much you can do on any given part of the week. Favourite thing to do—going to live music acts on a whim and seeing a great Aussie band for ten bucks—recently went to see the Rubens!

As well as being the Head Coach of the Brooklyn Kings, you’re a Marketing Manager at Google—how do you find balance?

It’s hard—prioritisation is a big thing but luckily I love what I do on both sides, and when you spend your hours doing what you love, it doesn’t feel like you’re working hard all the time. 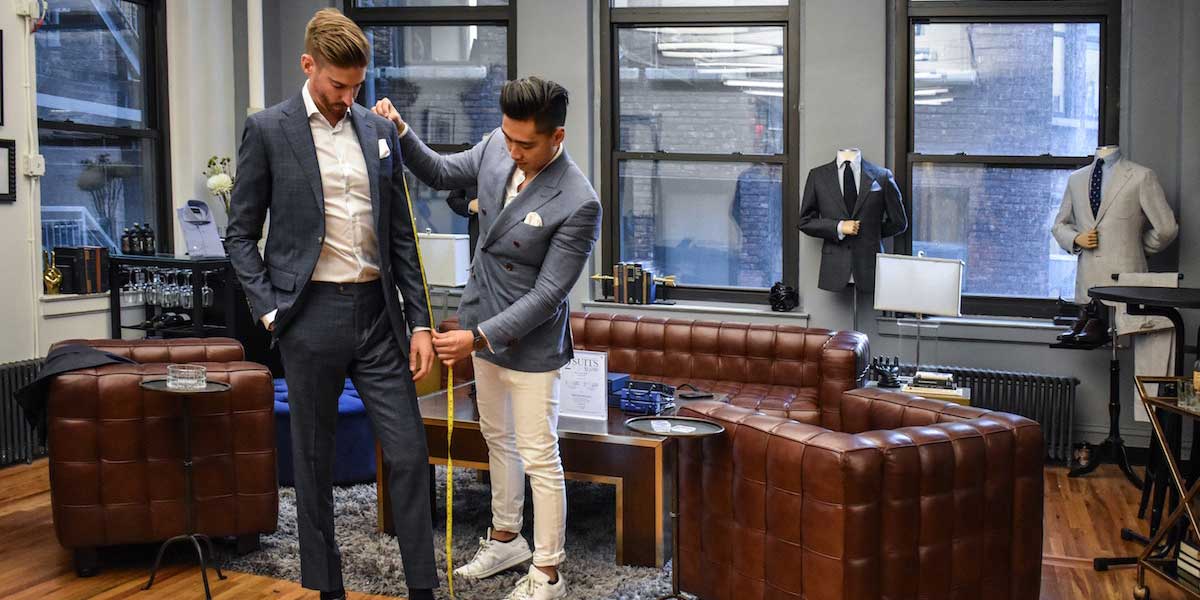 Where do you get your creativity from at work (Google) and on the field?

What gives me creativity at work is the people around me, I’m lucky enough to work with some of the best talent in the world, and the way that you can learn from people is second to none. On the field, it’s from the actual players and brainstorming how I can create an environment where players want to come and enjoy themselves. Seeing my players get better and better on the field is my favourite thing about being a coach—this itself inspires creativity.

If a first timer had one weekend only in New York, what three activities would you recommend?

Going to a comedy show at the Comedy Cellar in west village 2. Going over to Brooklyn and walking around Dumbo with the view 3. Sunday bar crawl around the city. 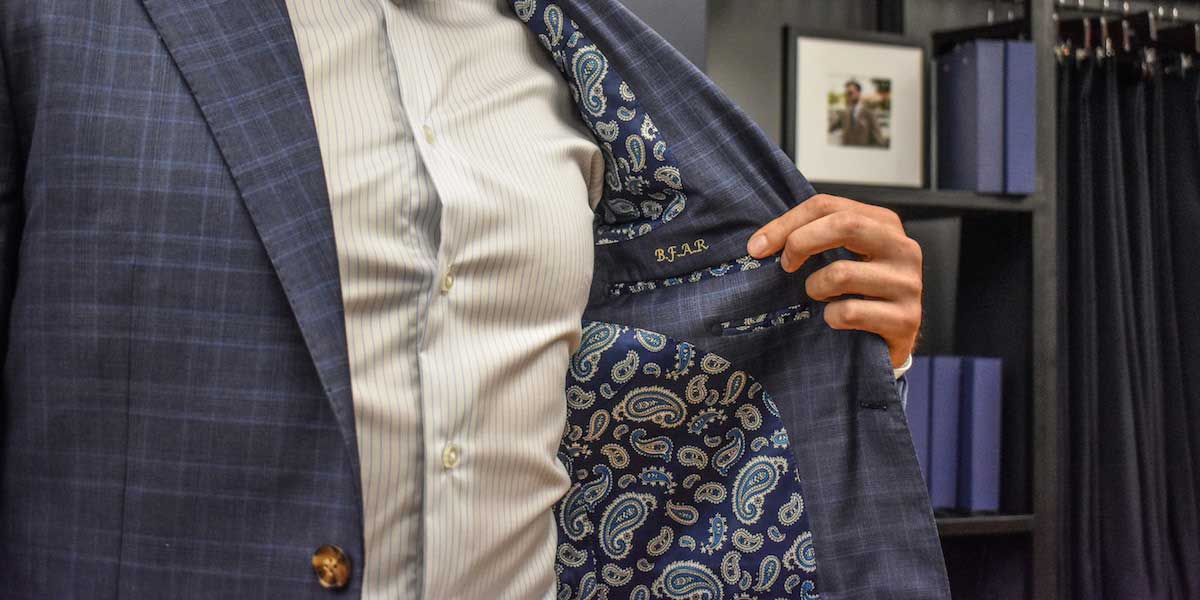 Pictured: A flash of the lining in fabric TR421, with a personal monogram with Brent's initials. Brent's suit is made from fabric code TRG008 with a "fancy brown" button type.

How do you choose the players on your team?

So many players are told that they are too lean or too small to play the sport—I think similar to finding a good suit, too many people are immediately pigeon holed because they don’t meet a certain criteria. I interview my players as if it were a proper corporate job interview—looking for characteristics that would make them good in a workplace, and in the sense that diversity and body shape shouldn’t matter. 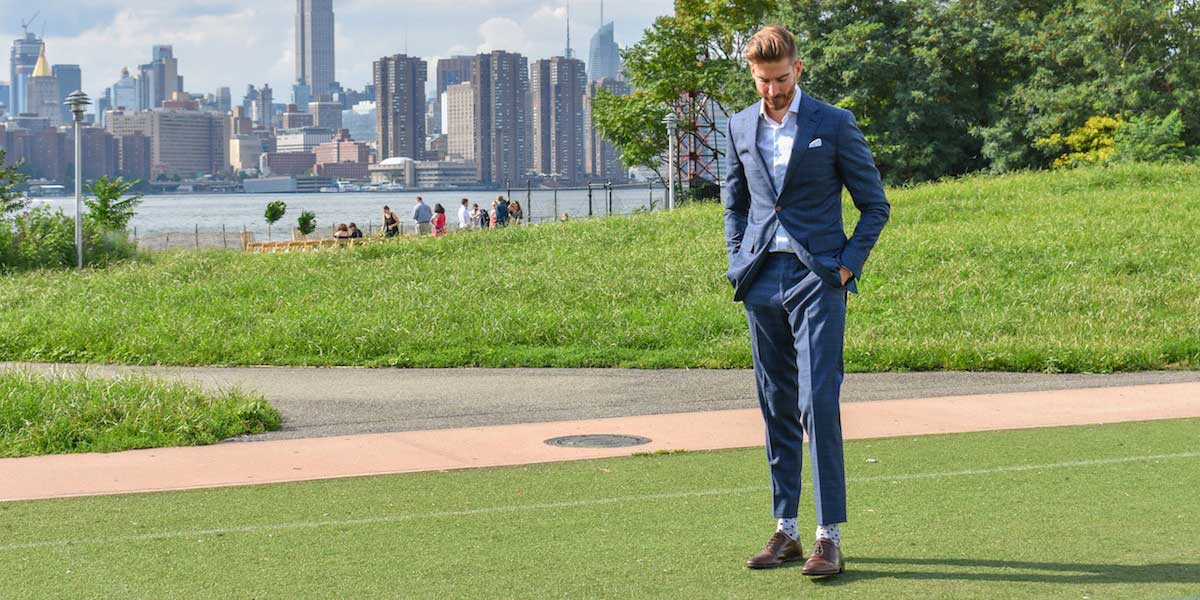 So what is the most important characteristic then?

Toughness. For a coach in Rugby League specifically, there are two things you can’t teach—the first is speed, the second is toughness. Toughness in a player means that they aren’t going to let another player down in the footy field—if a player is tough, it doesn’t matter your body size or type, and I’d be able to mould them into a  really good football player if they apply themselves.

What do you miss the most about Australia?