No matter your budget, profession or style, we’re convinced that the navy suit is the single most important garment you’ll ever own. Invest in a two-button navy suit crafted from high quality wool in a dark shade and you’ll never rue the day you wore blue. We promise. Here’s three reasons why. 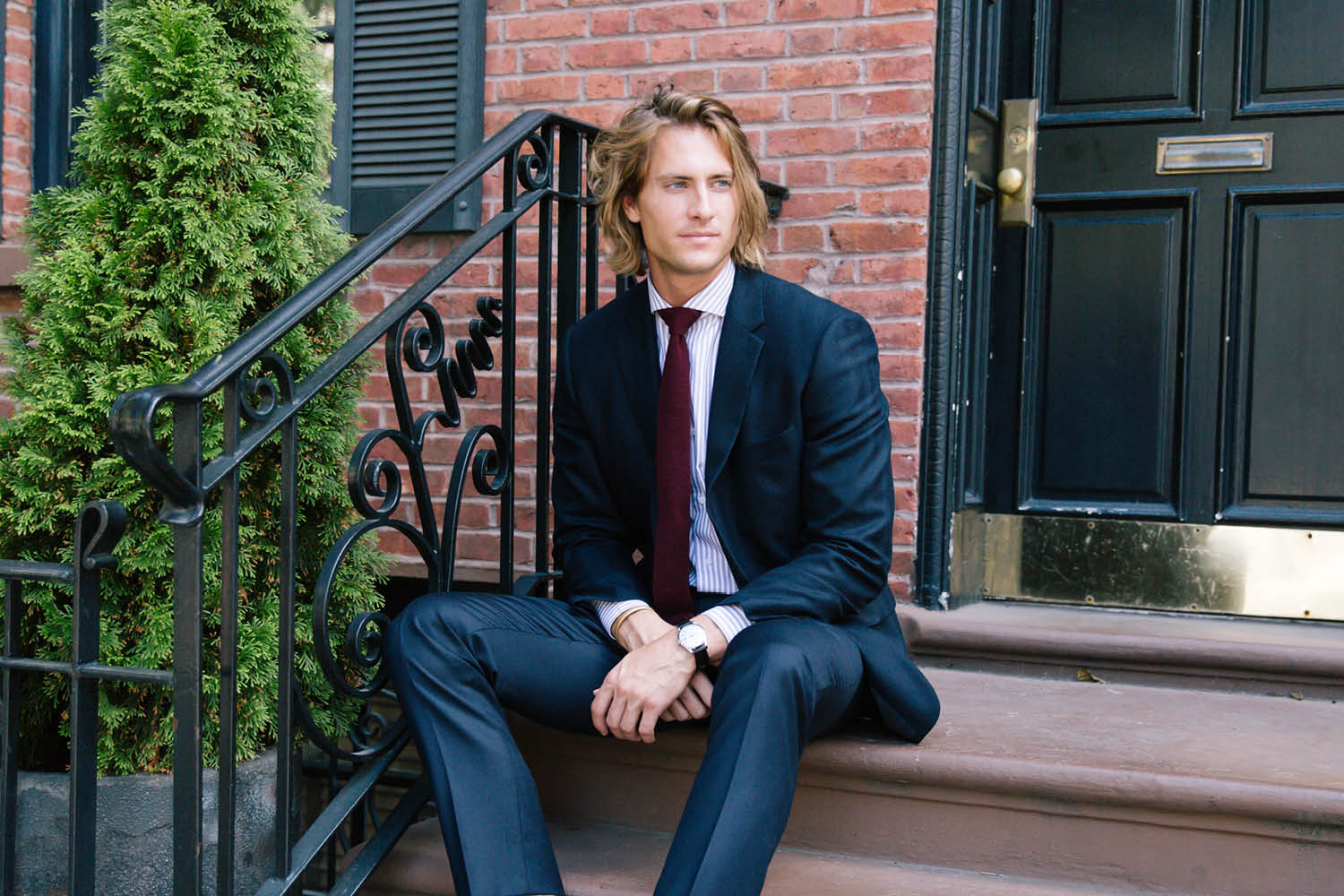 Wear It with Anything

Nothing is more versatile than a navy blue suit. It’s a staple neutral colour, meaning you can wear it with just about any combination of colours, from playful pastels to crisp whites and conservative blues and blacks. The classicism also makes it ripe for pairing with a variety of fabrics and patterns, whether that’s gingham check shirts in cotton, wool knitted ties, bold silk pocket squares, or whatever else your sartorial heart can think up. The navy suit is, genuinely, the one suit that you can wear every day and still make it look like you’re wearing an entirely different outfit, just by making tweaks to your shirts, shoes and accessories. Don’t believe us? Australian television host Karl Stefanovic wore the same navy suit on his morning show for over a year without a single person noticing. 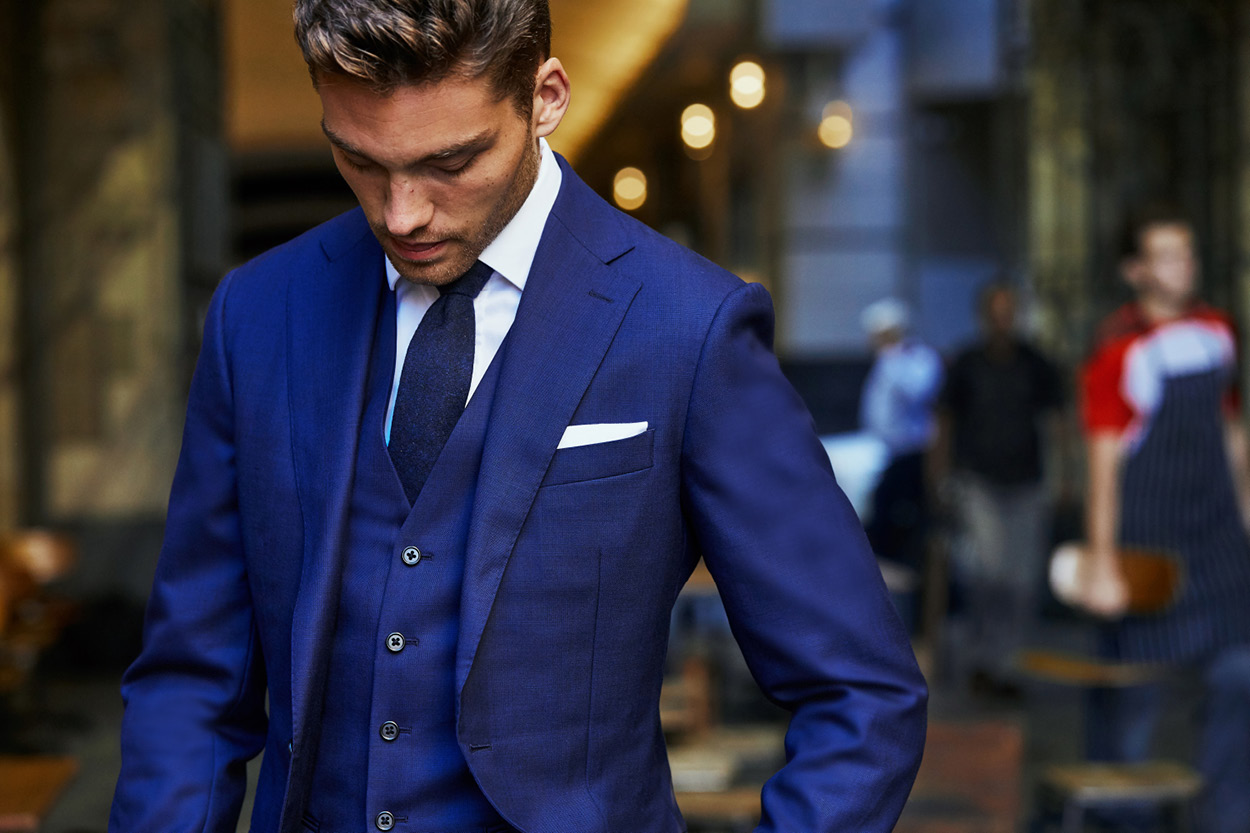 Wear It for Years

Navy blue doesn’t date. Unlike a black suit, which is sometimes in-style and sometimes out of style (except for formalwear, always in, or architects, who just seem to really dig black), navy blue is an eternal gift from the sartorial heavens. Invest in a two-button soft-shouldered darker shade of navy and you can be entirely confident that it will be just as wearable in a couple of years as it is today. Plus the durability and darkness of the fabric will ensure that it ages well, negating the damage of any spilled drinks over that period (there’s sure to be some, right?). 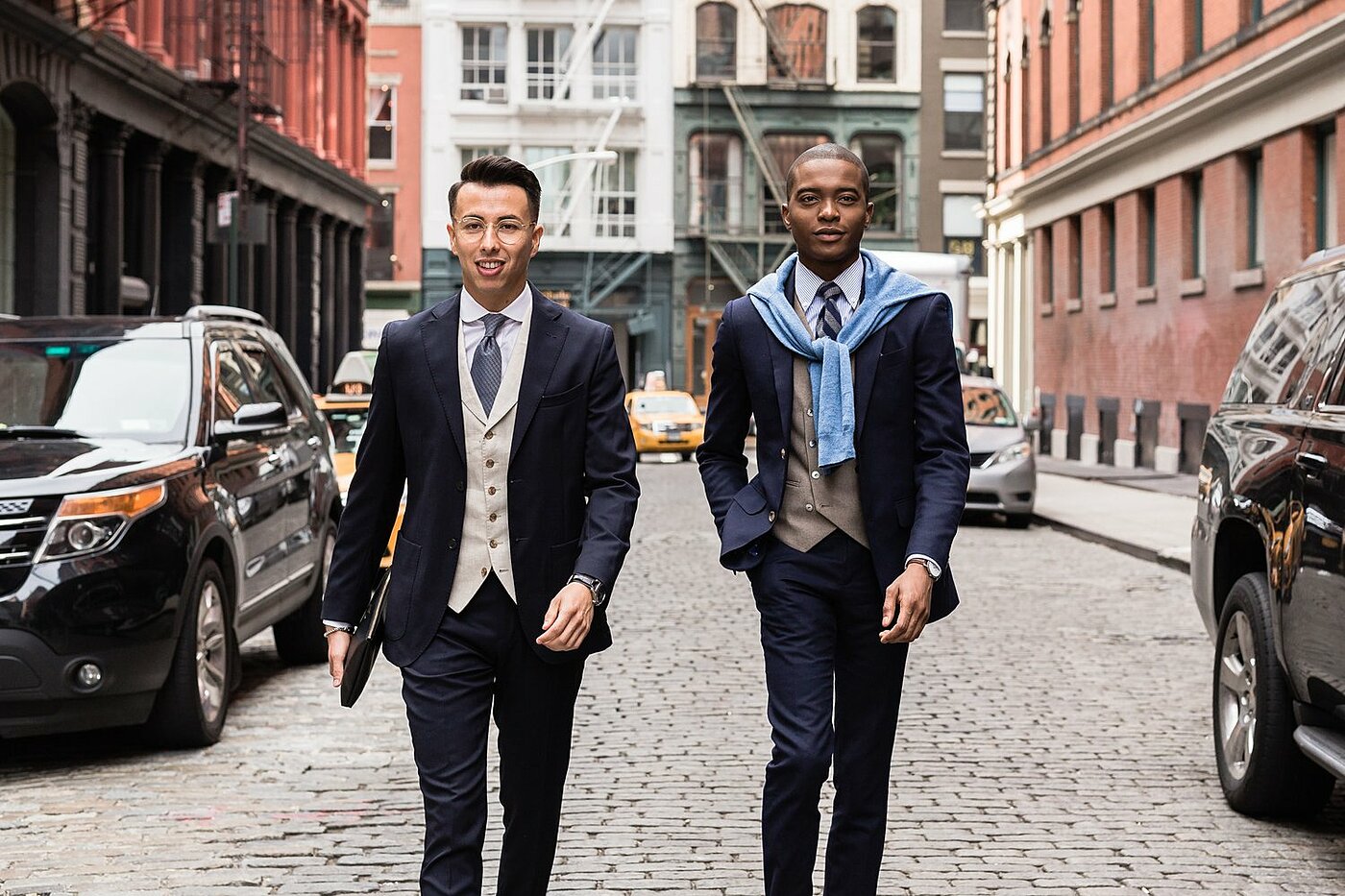 Need something for your next big job interview? Opt for a crisp white shirt, black Oxford shoes and a patterned tie. How about a wedding or the races? Throw in a pocket square and a shirt with some colour. Want to put a more stylish riff on casual Friday? Slip in to some crisp white sneakers and a crew sweater or tee under the suit. The only occasion that a navy may not fit in to is potentially a very formal black tie event, and even then it’s a risk many will be alright with taking anyway, by wearing a white shirt, dark plain navy tie, white pocket square and black straight-laced Oxfords. The navy suit is the great all rounder, and a garment that feels just at home in the boardroom as the bar.