Today cufflinks are often an underutilized accessory in men's fashion, but looking back to the days of the Industrial Revolution, almost all men wore cufflinks. The origins of the cufflink dates back to the middle of the 19th century when collars and cuffs were starched, thus making them too stiff to secure with simple buttons. This was the birth of the modern cufflink. 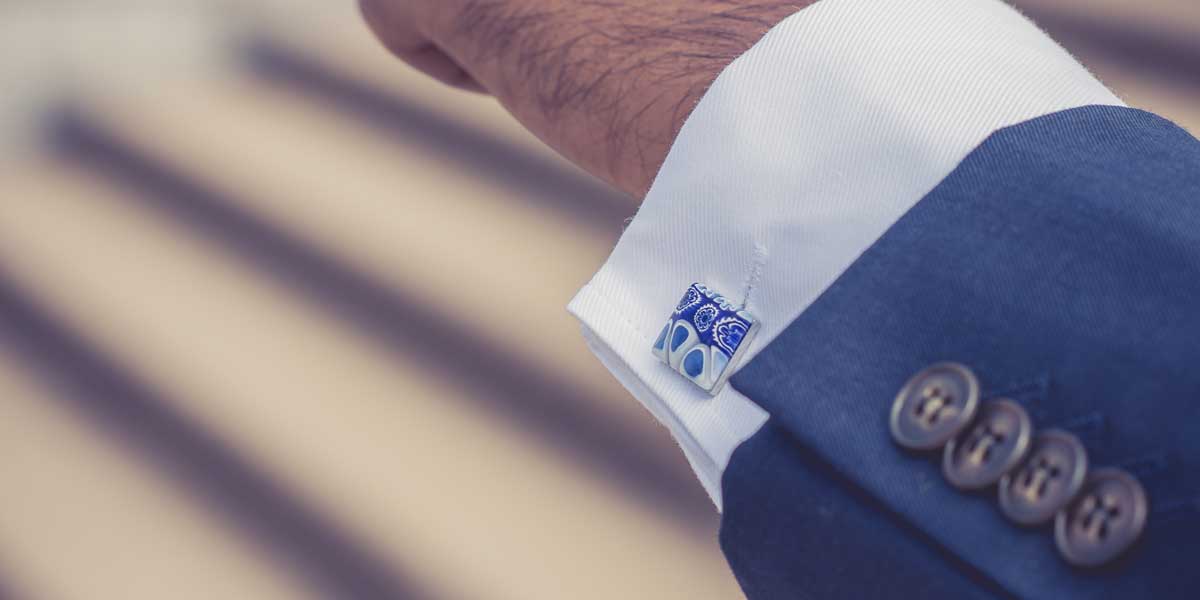 Rahul&Anthony draws inspiration from King Edward VII, who popularized the use of gemstones on cufflinks with his pair of Faberge cufflinks. The resulting message that resonated through Britain is that donning colourful and eye-catching cufflinks were an expression of a gentlemen's self-confidence.

Modern cufflinks are becoming a mere novelty and for the few who wear cufflinks for what they truly are, quality designs have become increasingly difficult to find without spending steeply. The founders of Rahul&Anthony strive to reinvigorate the cufflink as a medium of self-expression by fusing Edwardian British elegance with superior Italian craftsmanship and design. The resulting creation are Rahul&Anthony's Murano Glass cufflinks. 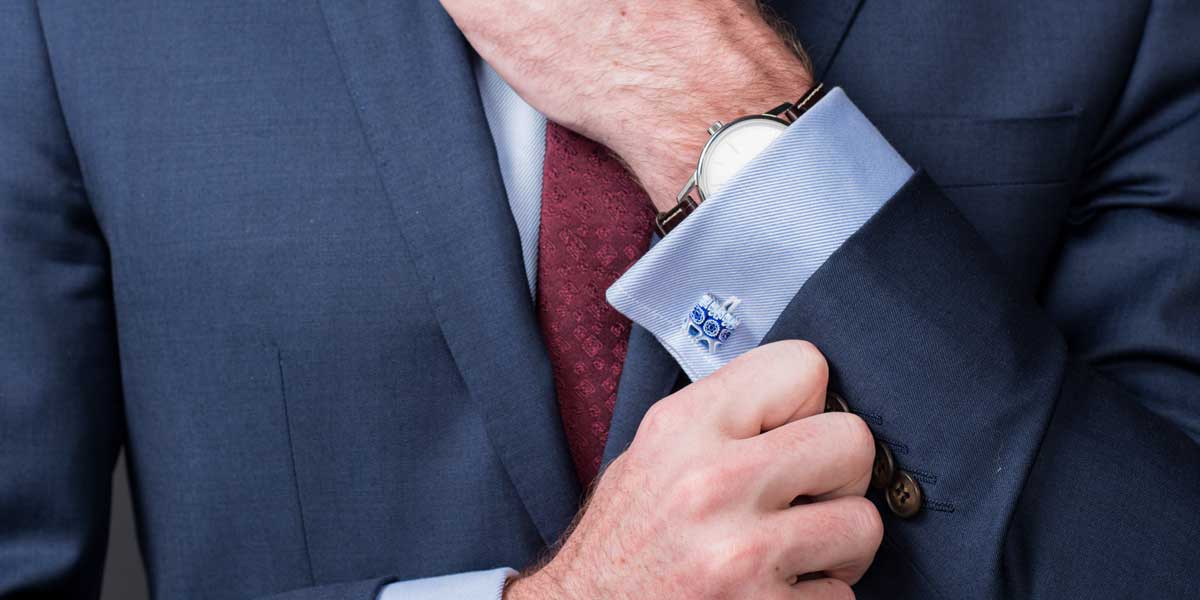 Originating in Venice, this world-renowned glass relocated to the small island of Murano towards the end of the 13th century. Vibrant and complex, the artistry of its glassmakers quickly propelled the Murano name to fame. However, this success came at a price. In order to keep their techniques secret, Murano glassmakers were forbidden to leave the island. Despite this attempt to conceal the artisan skill, it was inevitable that the world would eventually begin to mimic their practice. Yet, true skill was only passed from generation to generation, with each generation improving on the techniques of the former. The artisans of Murano are still employing these age-old techniques; undiluted by the passage of time. All Rahul&Anthony cufflinks are certified with the Vetro Artistico Murano trademark that is issued by the government in the Veneto Region to protect the original Murano Glass art from foreign markets. 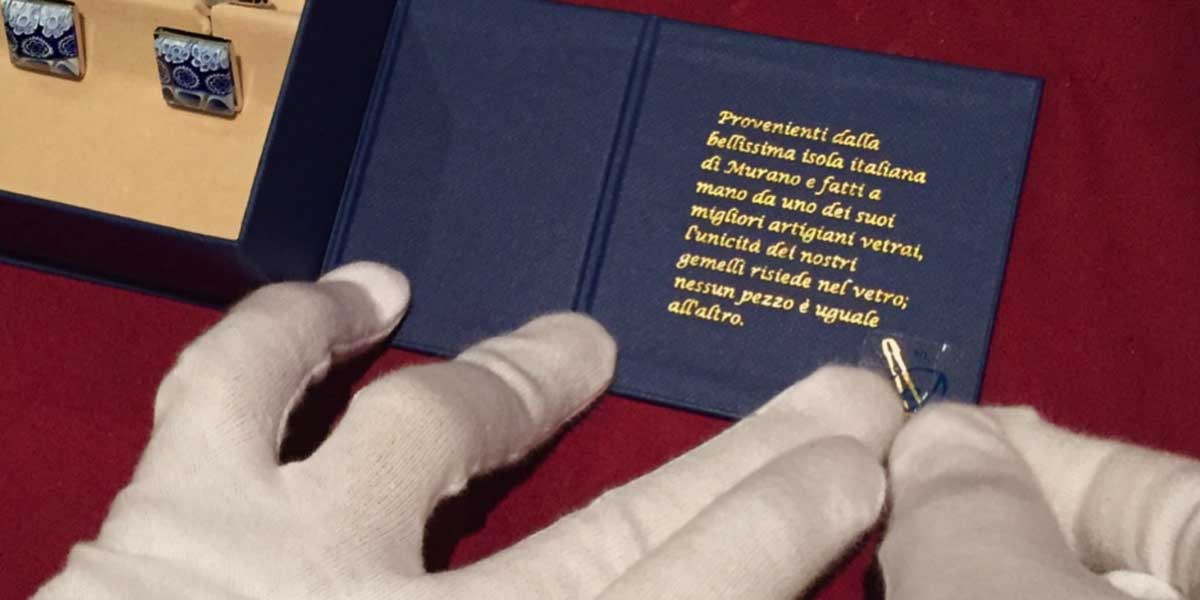 There were a vast range of techniques developed on the island of Murano, each with their own unique beauty, and Rahul&Anthony strive to incorporate these historical techniques into their cufflink designs. One of Rahul&Anthony's signature designs is the Petali Blu. This cufflink showcases the level of craftsmanship and attention to detail that is associated with making Murano glass. Petali Blu adopts the 'Millefiori' technique, which translates to 'thousand flowers' to create intricate floral patterns. The technical knowledge for creating millefiori was lost by the eighteenth century but was later revived in the nineteenth century. Petali Blu not only exemplifies the vibrancy and boldness of Murano glass, but also represents an important part of Italian heritage. 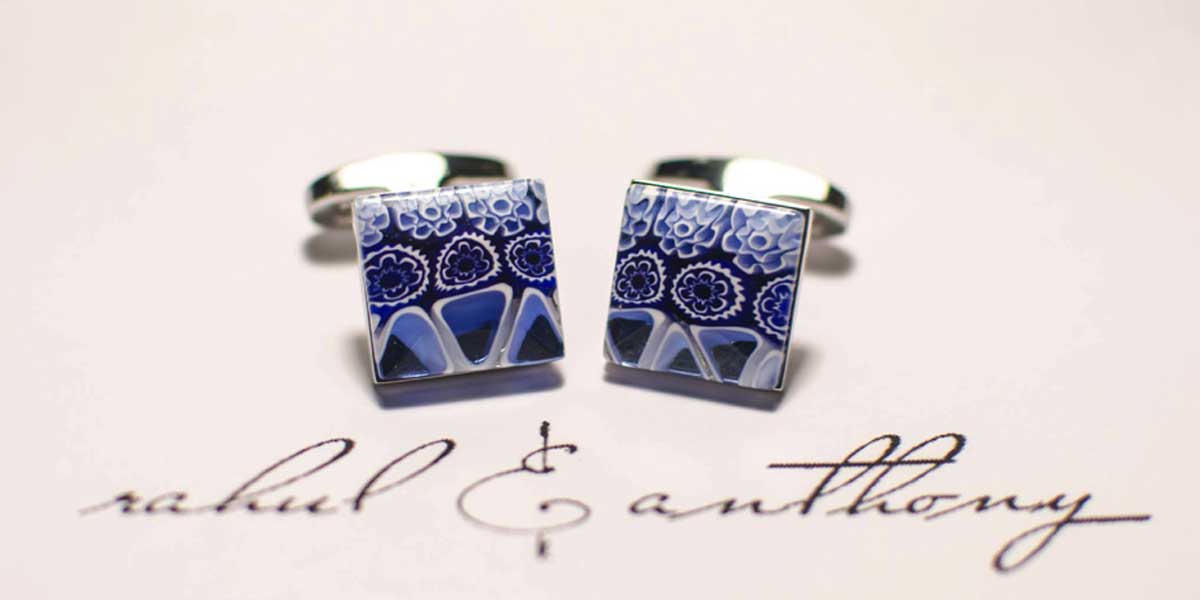 Another techniques is known as 'Aventurine', which derives from the Italian phrase 'a ventura' meaning 'by chance'. This is an allusion to the legend that the technique was an accidental discovery. Aventurine glass is famous for its uniform yet natural dispersion of gold or copper flecks floating in the glass. The flecks add an extra dimension of luminosity and depth to the glass. Rahul&Anthony is able to realise the potential for Aventurine glass to make a bold and powerful statement and the resulting designs can be seen in Marmoreo, Oasi, and Rugiada. 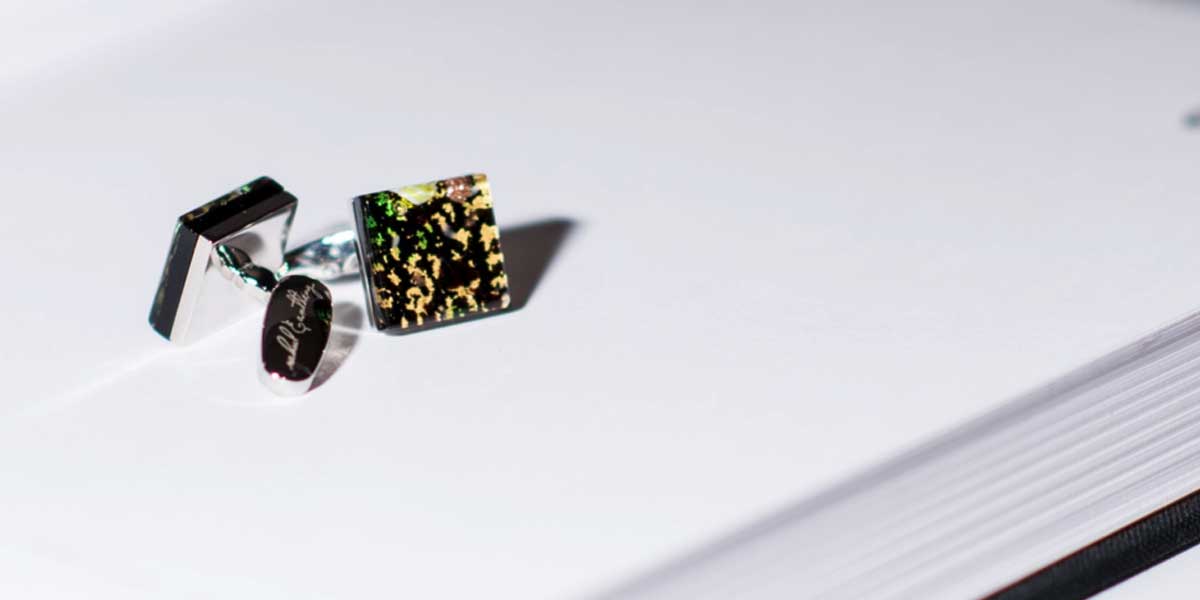 Cufflinks to suit your occasion

Cufflinks are worn for a wide range of occasions and this was one of the key drivers of Rahul&Anthony's design process.

Petali Blu was designed to express joy, whether it be at weddings or at the races.

With the emphasis on subtle elegance, the glittering gold coupled with the shine of the glass makes Marmoreo the perfect addition for dinner parties and black-tie affairs.

Ecclisi was created bring a subtle elegance to your work wear, while Oasi and Rugiada are our all-rounders designed to fit any occasion while remaining bold. 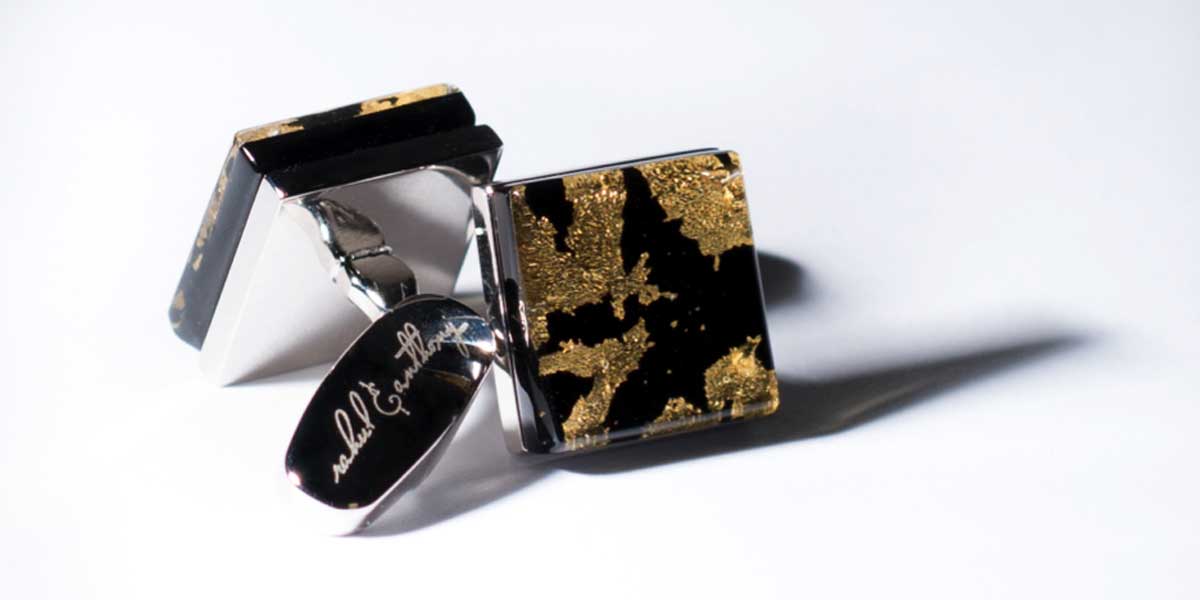