Mixology in the city, and the art of making it your own.

Miguel Aranda has been creating customised cocktail menus for over two decades—from Chinatown haunts, to Michelin star restaurants, Miguel chats with me about fashion behind and in the bar, the catalyst to his creativity, and the art of making it your own.

It’s a toasty 35 degree day on the Lower East Side, perhaps 32 degrees if standing under the shade of the nearby acai bowl stand. In between the Citi Bike ramp where only a few bikes remain and some locals cooling down with their colourful bowls of fruity slush, lies Boticarios - a Latin American inspired bar famed for their fusioned cocktails and feisty food listing, backed by a wall filled with almost every liquor you can envision under the sun. Boticarios is the Spanish word for Chemist, and behind the bar you will find exactly that - a cocktail curator, consultant, and Chemist named Miguel Aranda. Aranda is a Mexican born mixologist whose cocktail creations have graced the menus of a multitude of bars across New York City such as the Botanic Lab, Michelin Star restaurant Daniel, Apotheke in Chinatown, and now Boticarios. It’s been 20 years in New York City for Aranda, although you can clearly see the Mexican influence prominently scattered throughout - the Catholic vigil candles, mirrors trimmed with gold, and tabasco bottles which sit amongst  the jars of liquid concoctions show that there is nothing shiny about this bar—that’s the entire charm of it. 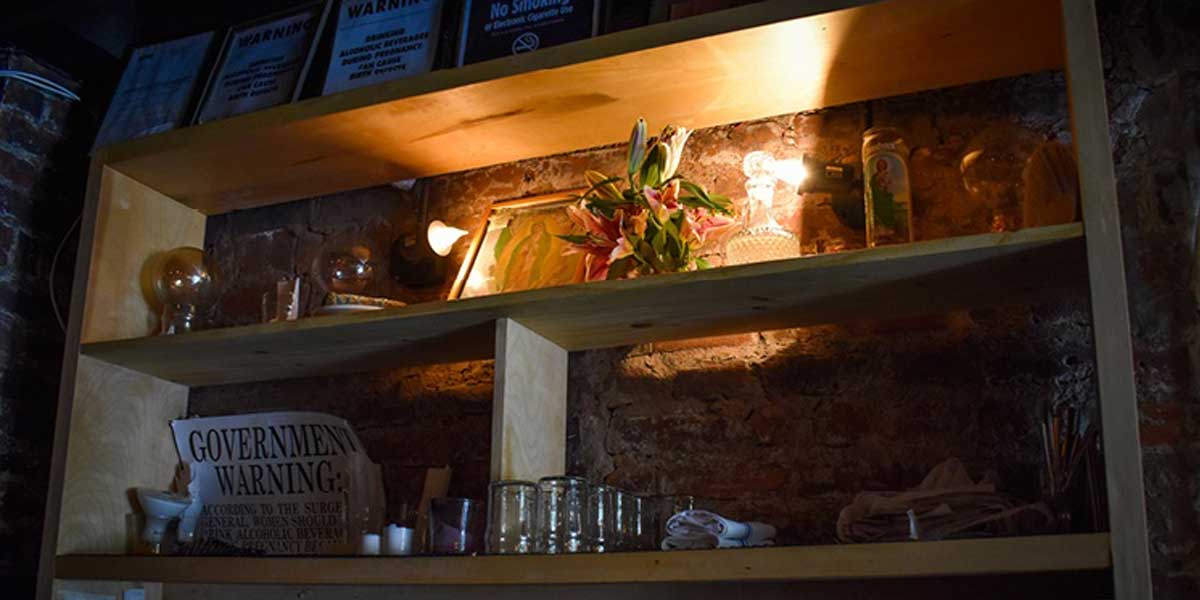 Aranda, one of the key drivers of the botanical cocktail scene in New York (herbal brewed and planted based cocktails) has risen to the ranks as a result of his innate ability to enter a bar and analyse the scene, the ambiance, the crowd, and consequently create an entire revenue generating cocktail menu based on these first impressions. Mixology is an art in itself, and I can’t help but think that there are some strong synergies between styling and cocktail creating, fashion and fusions, which is what I look forward to uncovering more of as Aranda unlocks the doors of the closed bar this warm afternoon. 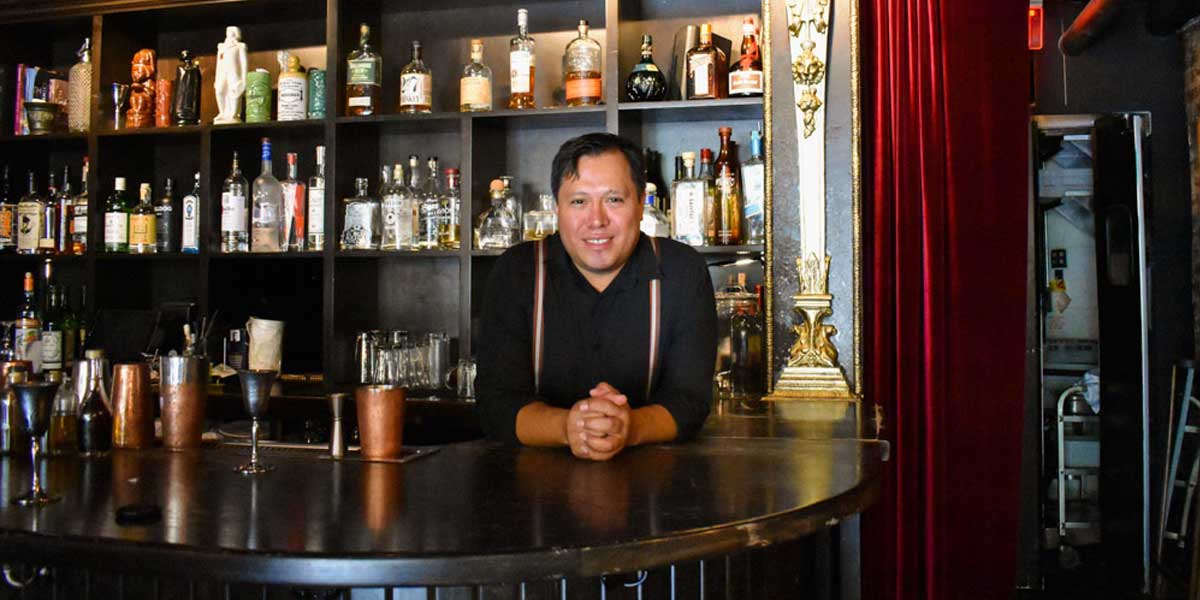 Pictured: Aranda behind the bar of Boticarios

“My favourite thing about the industry is that it’s a people’s business—very social, I’m meeting all kinds of characters, my life is like I’m permanently in the movies,” says Aranda, “From taking one look at what you’re wearing, I can tell that you might like something refreshing.” A few shakes of the shaker, and a murky grey cocktail swimming around a slice of orange in a rounded champagne coup appears in front of me. I take a sip of the fruity liquor - it’s as if Aranda is a wizard who had hacked my mind—it really hit the nail on the head. 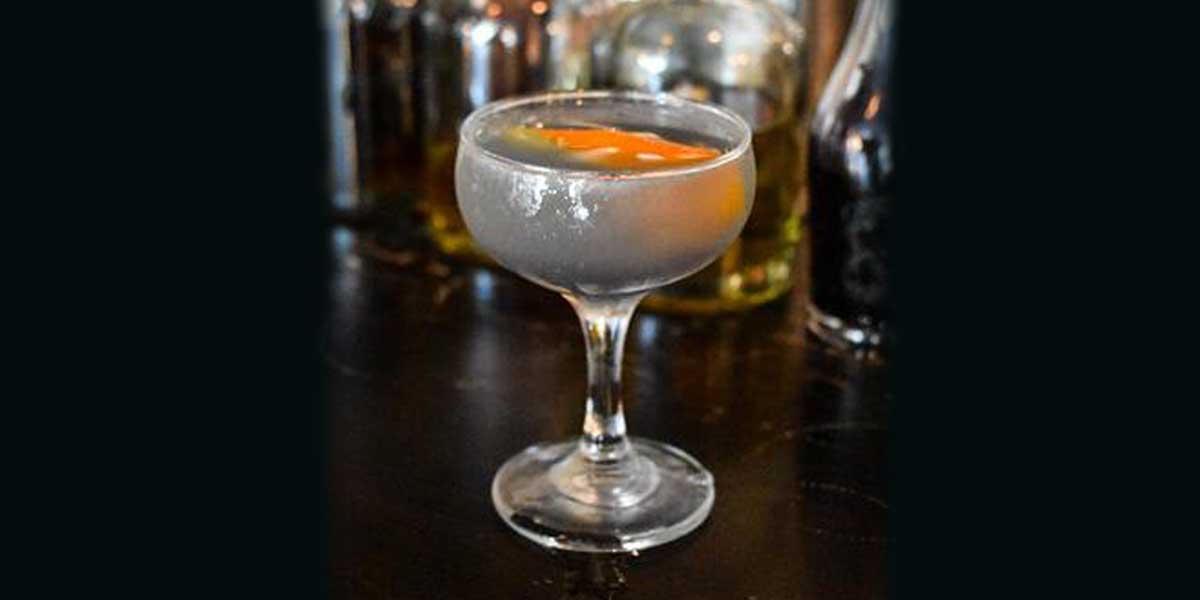 When a Stylist has a client, they only have a limited amount of time to assess the individual and then help to guide them on creating a look that embodies this individual, their body type and their unique style. This I imagine is similar to Aranda and his cocktail menus which cater to so many different crowds across the city. I question Aranda further about the basis of his creations and originality—"Fashion is definitely a key starting point to the angle of my menus,” he says, “It’s such an integral element to first impressions - if I see a man in a nice suit, I can imagine that he may enjoy a gin martini—if he’s drinking hendrix, he’s probably very well travelled. If he’s wearing a nice Summer shirt, I offer them a classic daiquiri, something casual.” Besides pairing the drink to the individual’s style, I ask him whether he finds a strong correlation between fashion and drinking culture - "Oh for sure, that’s why they call it a cocktail dress, it’s a dress that’s saved for a time of celebration and sophistication, just like the drink, especially the beautiful, classic champagne cocktails.”

Aranda stirs up another drink, this time served in an absinthe glass, we’re now talking about the reverse—fashion behind the bar. An artist does not necessarily need to dress well in order to compliment their painting - the canvas speaks for itself...is this the same for a mixologist I ask? “You can be a more successful Bartender if you dress well,” Aranda bluntly announces, “You go into any Speakeasy in the city and you will find a bartender with the nice vest, the tie - just as you care about the ingredients behind the bar, it’s ultimately a whole creation, the preparation and an entire image that you look after.” 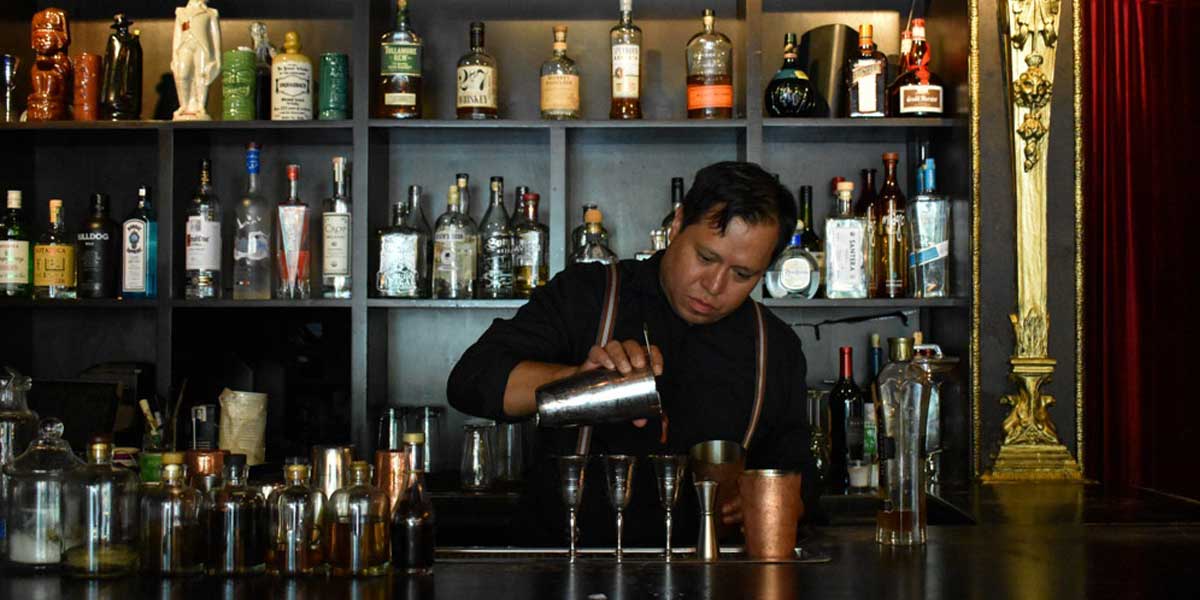 Pictured: Aranda behind the bar

When asked about where Aranda gets his creativity from, and how he trademarks his drinks with his own stamp of originality, he tells me that it’s from different cuisines, different cultures and different techniques learnt from each culture. “Creating a cocktail is very much like cooking, and cooking is now a huge fusion of different cultural collaborations.” I can tell this is true from reading up on the cocktails that Aranda has created - there’s the Green Tea Daiquiri Matcha and the Tequila Spice Cocktail which is a featured cocktail of Aranda’s in the Flatiron room - a bar with the biggest whisky selection on the entire East coast. 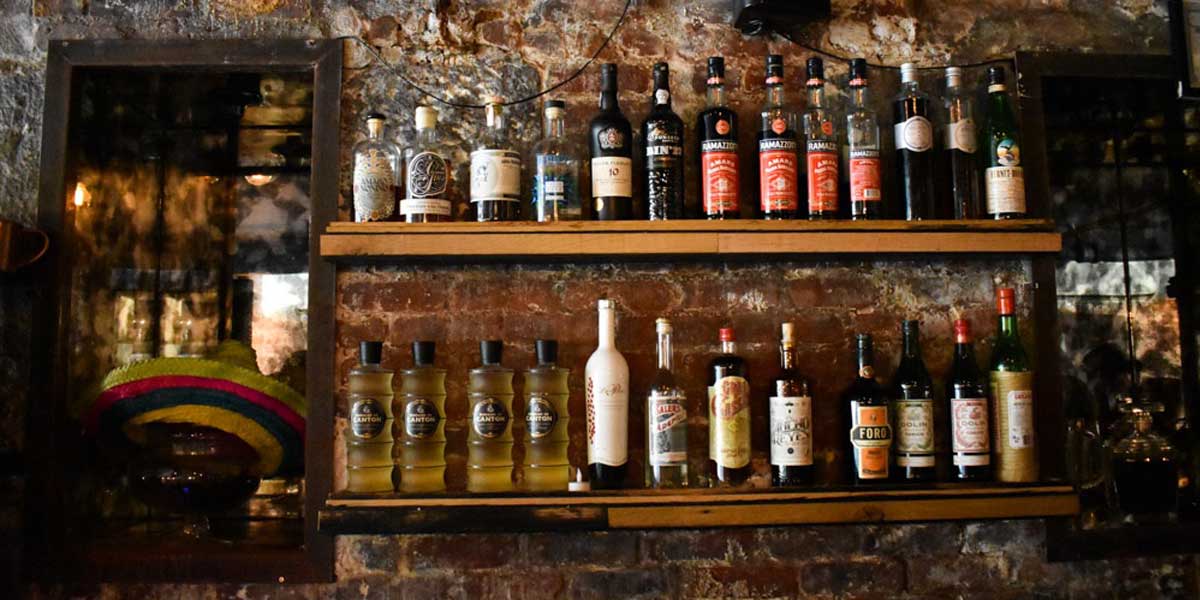 Pictured: A subtle sombrero illustrates the Mexican influence Aranda has on this bar.

Aranda is starting to pack up, and invites me to happy hour in the Financial District, somewhere where we would immerse into an entirely different crowd of upscale Wall street suits. It wasn’t a long conversation with the softly spoken Aranda, but our chat left my spinning head with a few lurking thoughts. The entire world seems to be revolved amongst the art of customisation these days - this is applicable to fashion, food, university degrees, cocktails, cars—are we too demanding in 2018 to accept anything off the the rack, or off a standardised menu? Or are we simply making a nostalgic call back to when things once were one-of-a-kind and unique, and if that's the case, why would we accept anything less if we didn't have to? The art of customisation leads to beautiful things like Aranda’s cocktail menus which are based off the style of the crowds he sees at each venue - for on demand cocktails, he can simply create them based on the clientele’s dress sense—a sophisticated suit calls for a sophisticated cocktail.

Between a writer and a mixologist, it’s clear that Aranda and I are very different individuals - we do agree on one thing though—”I can make a mean Espresso Martini.” says a proud Aranda. We finish our chat over a few sips of caffeinated foamy goodness. Wherever you’re from, however you like your cocktails made and your suits sewn, there is no denying the universal love of a good Espresso Martini.