While he might only be 18 years old, towering in at 2 metres tall and winning Rookie of the year in 2021 for the NBL, Josh Giddey of the Oklahoma City Thunder, has the potential to go big in the NBA. We sat down to have a chat with him about his love for the sport, his inspirations and his draft suit created by InStitchu. 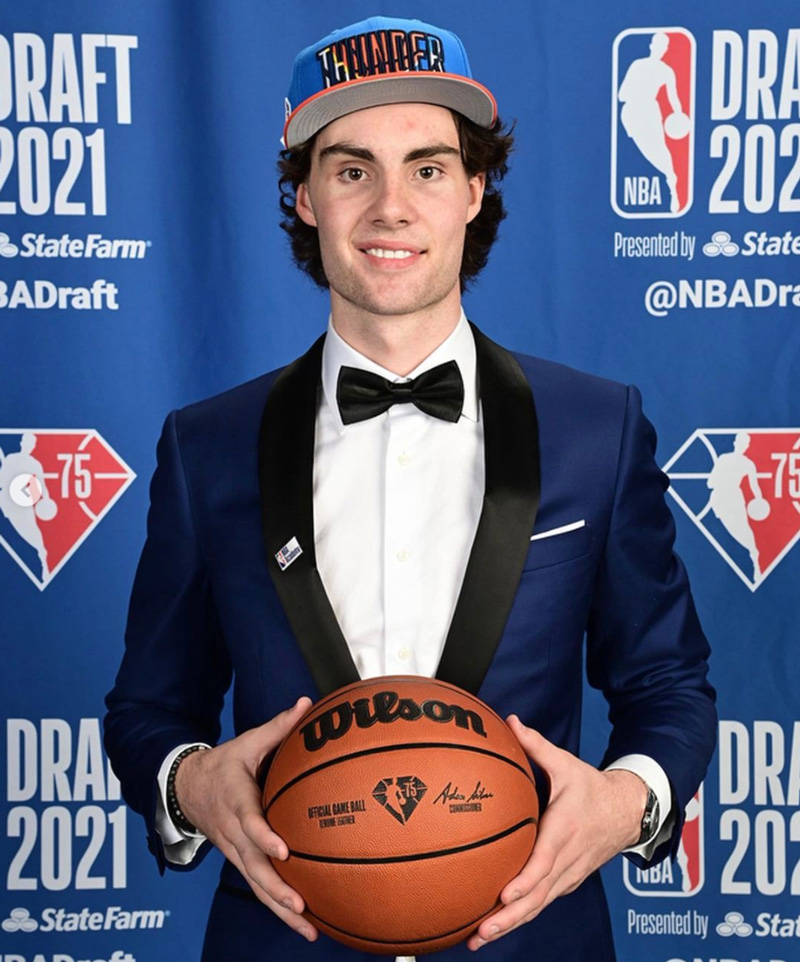 I'm from Melbourne, born and bred, so that's where I've spent the majority of my life. I got a scholarship at the NBA Global Academy so I moved to Canberra for a few years as a teenager, and then it was off to Adelaide to play for the 36ers. As for the next stop: I guess we'll find out soon!

2. Your Dad played basketball at the highest level in Australia. Is that where you got your love for the game? Have you always played, or did you fall into it sideways from another sport?

My Dad definitely played a huge role. He's coached me my whole life, and obviously put me in a position to be around some of the all-time greats in Australia. It's hard not to love basketball when you're surrounded by legends like Andrew Gaze all the time. There was a moment where playing footy became an option for me, but realistically basketball was always the thing I was going to chase the hardest. 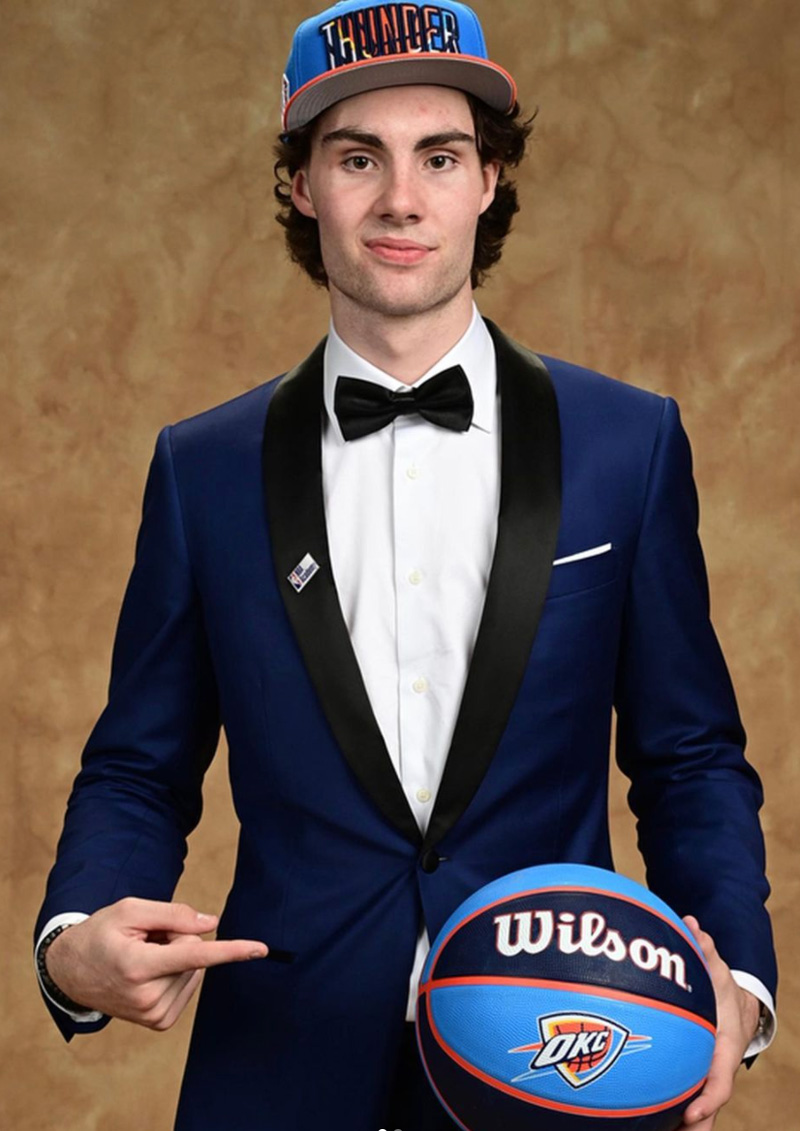 3. Let’s talk about your career so far. You’re only 18 but you’ve ticked some boxes! Let’s start with your rookie season in the NBL where you were named Rookie of the Year. Tell us about your experience in the NBL.

I really enjoyed it. I was lucky to be part of a team that gave me a lot of freedom and allowed me to make mistakes, so I think that helped me grow as a player. My teammates were great, and I really loved the city of Adelaide. The Rookie of the Year award was a nice bonus on top of the season, and a really cool way to end what was one of the most enjoyable years of basketball I've ever been a part of. 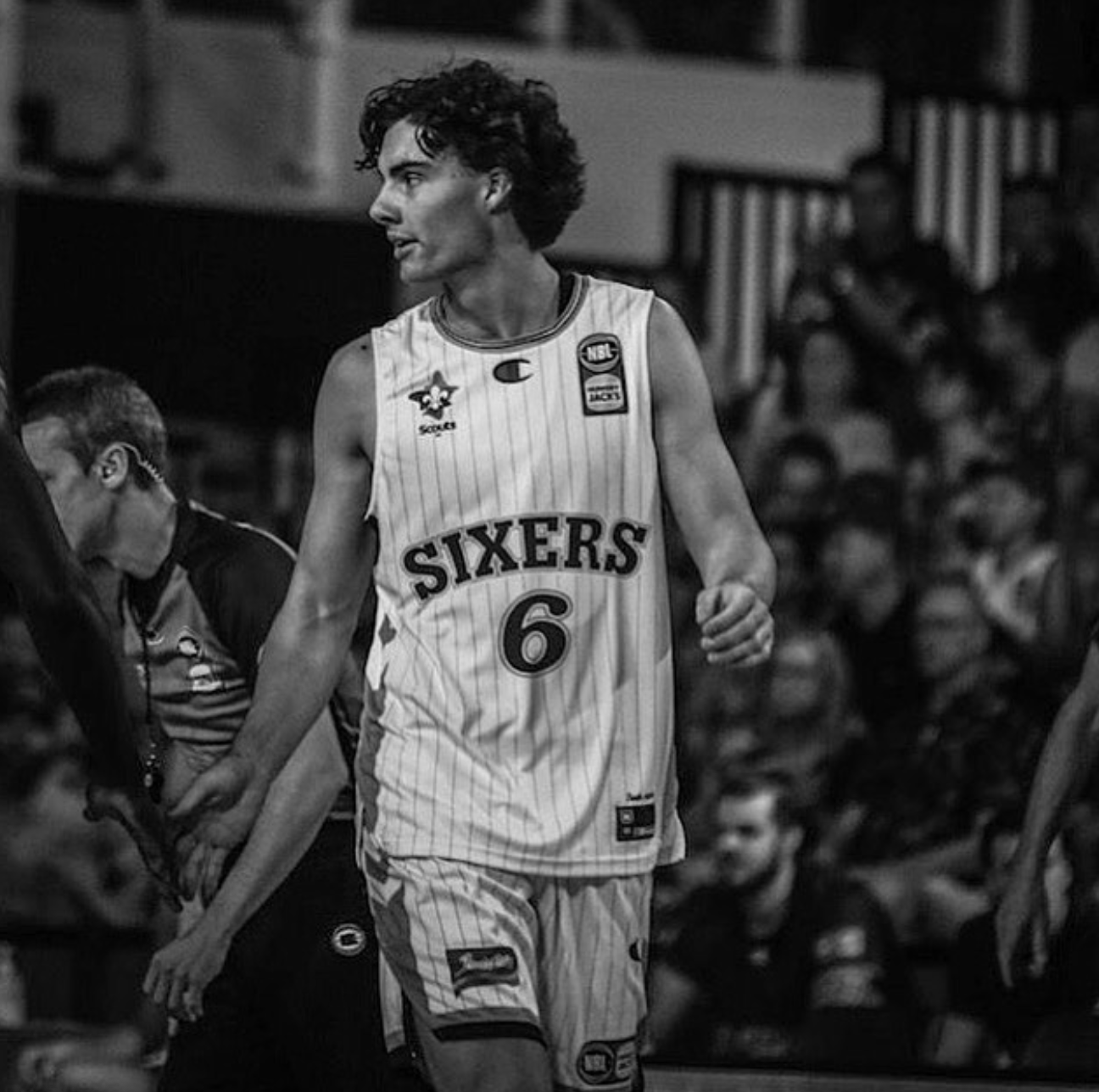 4. Now that you have been declared for the NBA draft, what’s the plan in the lead up to the draft?

I spent time in Los Angeles working out with Jordan Lawley, and the Aussie Boomers Olympics camp was happening around the same time so I was able to get a lot of time on the court. The start of July is Las Vegas with the Boomers, and then it's all about getting back in the lab before draft night. Looking forward to being in the green room on draft night and finding out where I land.

5. Do you have a preference for where you end up in the NBA?

There's no real preference when it comes to a specific team. Ideally though, I'd like to end up at a place where the fit is right because I love the idea of coming in and being able to make a contribution right away. Then it's just about which team wants me and will put the time into developing me as a player and person.

6. What do you do outside of basketball? Any passions or hobbies?

A lot of people know that I'm a pretty avid shoe collector, so a lot of the time you'll find me on the internet looking to buy new sneakers. Outside of that, I love video games. NBA 2K and Fortnite are my go-tos.

7. Obviously you’re only 18 years old, and you’re working in a field where most days you’re opting for training gear, so I’d assume you’re not throwing on a tie or suit every day… but how would you describe your sense of style? Is it pretty casual or do you like to dress it up?

Like you say, I'm still young but I feel like my sense of style is evolving. I've always been really into streetwear so I generally keep things pretty casual, but now that I'm having the opportunity to dress up a bit more (and as I get more of those sorts of clothes), it's something I'm definitely leaning into a lot more.

8. Tell us about trying to find clothes when you’re 6 foot 9! Do you have a lot of trouble?

It's not always easy so I have to do a lot of shopping online. That's been a lifesaver for me.

9. How’d you enjoy the process of getting measured at InStitchu? Was it your first custom, made to measure suit?

That's right, this was my first time getting a custom suit. It was really cool going into the Adelaide Showroom for my initial measurements. The staff there was really friendly and I got to have a look at some of the designs and fabrics. Then, once it was created, trying on the suit in Sydney and Melbourne was awesome. It was cool to see weeks of discussion turn into the perfect suit. 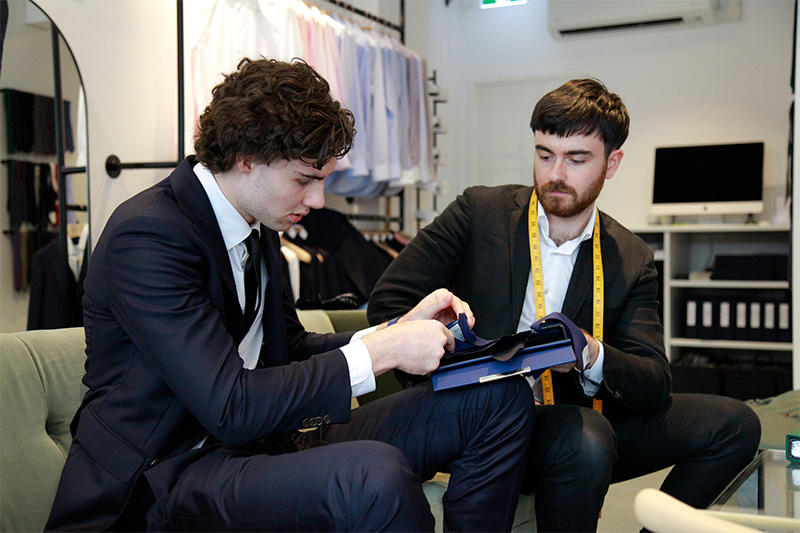 10. Take us through the suit design - what are the details you opted for and why? Did you take some guidance from your Stylist or did you have a pretty clear idea what you wanted?

I went into the process with an open mind. My agent and some people around me had ideas and threw them my way, and then I got to go into the showroom and have a look at some of the suits they had in-store. For my main draft suit, we definitely wanted a colour that popped, so we went for that royal blue. The NBA Draft is always pretty fancy so the tuxedo look was something I really liked. During my fitting in Sydney, the whole InStitchu team was there to lob more ideas our way, so it was like I did filming, a fitting, and a brainstorming session all in one go. The lining of the suit was a surprise to me. My Agent got a graphic designer to put together a cool graphic that touched on Melbourne, my family, and some of my best mates, and so that was awesome to see on the inside of the suit when I tried it on for the first time. At the end, I honestly couldn't have asked for a better pair of suits for one of the biggest days of my life. 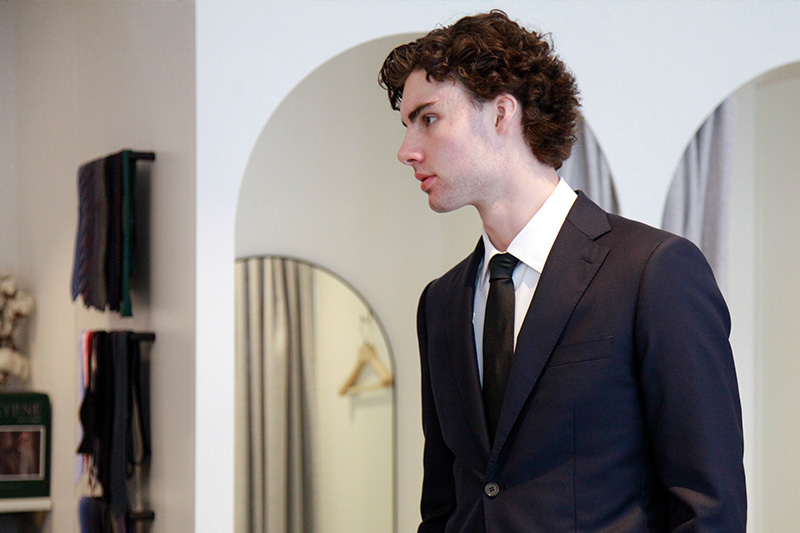