Banish your traditional black suit to the back of the wardrobe, the white tuxedo is set to make a comeback - all thanks to James Bond. Hollywood actor Daniel Craig, 47, has resurrected the former fashion no-no with the help of Tom Ford, who designed the bright dinner jacket that features in the trailer for the hotly-anticipated 007 flick Spectre. 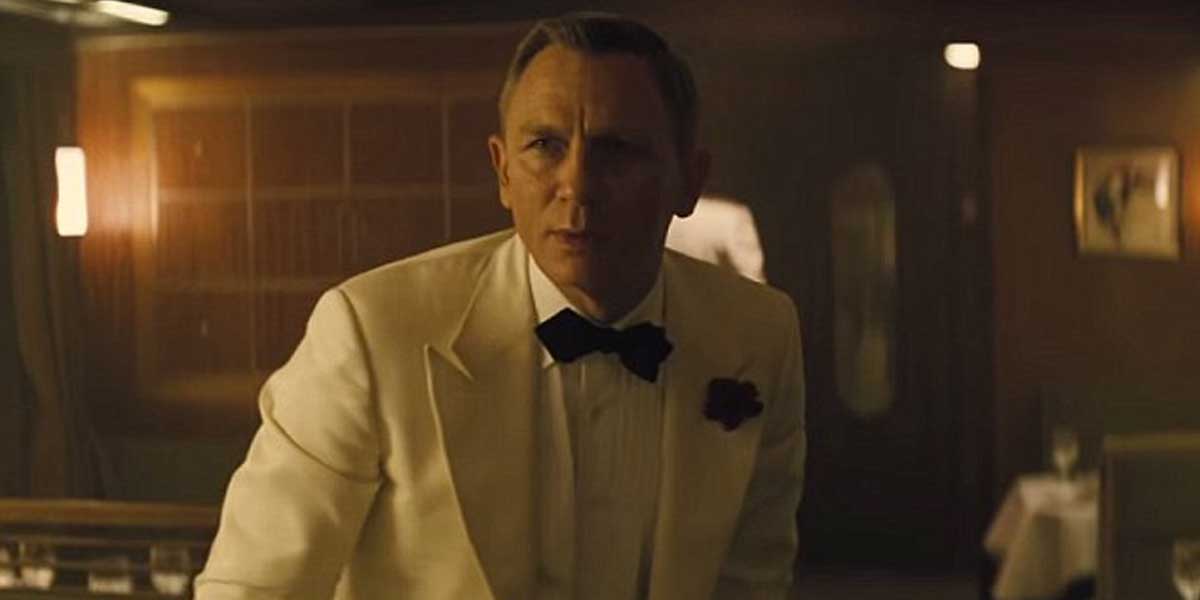 But Her Majesty's most famous fictional spy isn't the only hunk to brave the statement look since the disco era, in the past year, Louis Smith, Benedict Cumberbatch and David Beckham have all donned the eye-catching look on the red carpet.

Oliver Spencer, creative director of Favourbrook, a men's outfitters in Jermyn Street told The Times: 'In the 1970s it became a bit more of a fashion thing. Bryan Ferry looked amazing in a white dinner jacket, but by the 1980s it was on its way out. 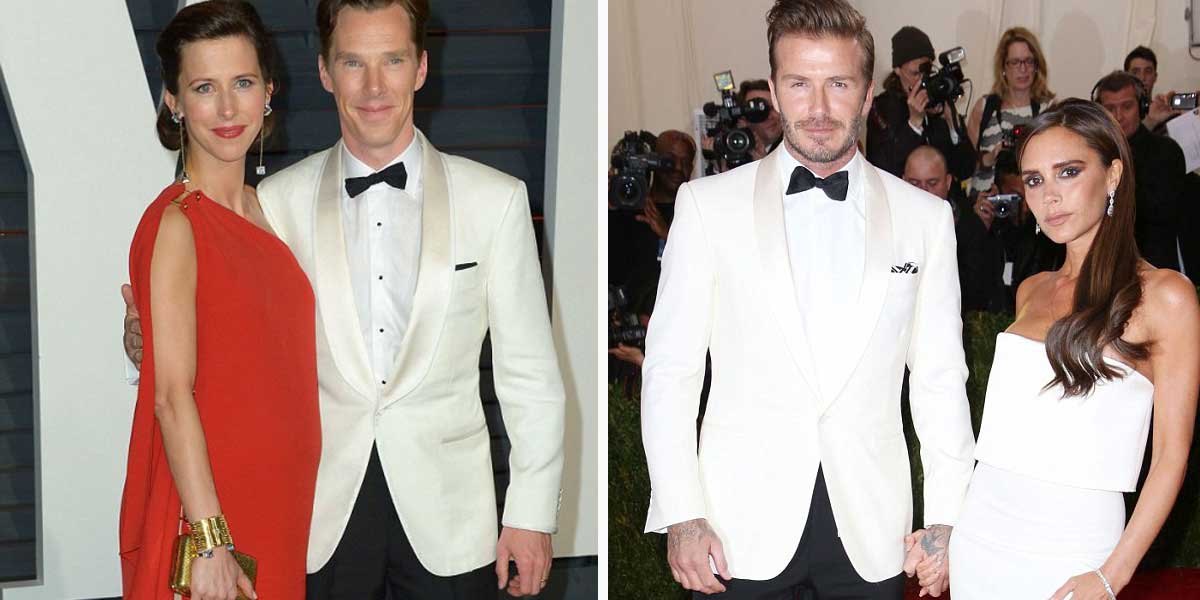 'It was being born by New Romantics in a very different way and became very fashionable. When fashion changed, that killed it.'

However, the alabaster suit is having somewhat of a revival.

Having previously worn an all-in-one leather suit, kaftan and velvet shirt, it's clear David Beckham isn't afraid to experiment with his look. But while attending the Met Gala in 2014 alongside wife Victoria, the 40-year-old former footballer looked dapper in his pristine pearly jacket. With not a hair out of place, father-of-four David looked handsome in the tailored suit which featured silk lapel detailing. 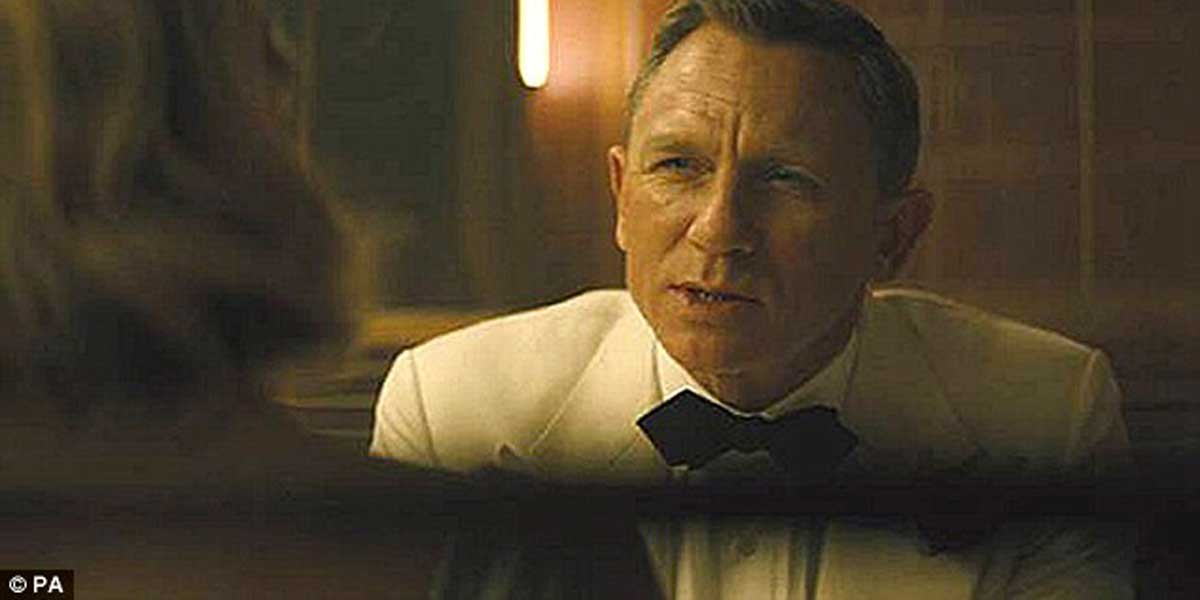 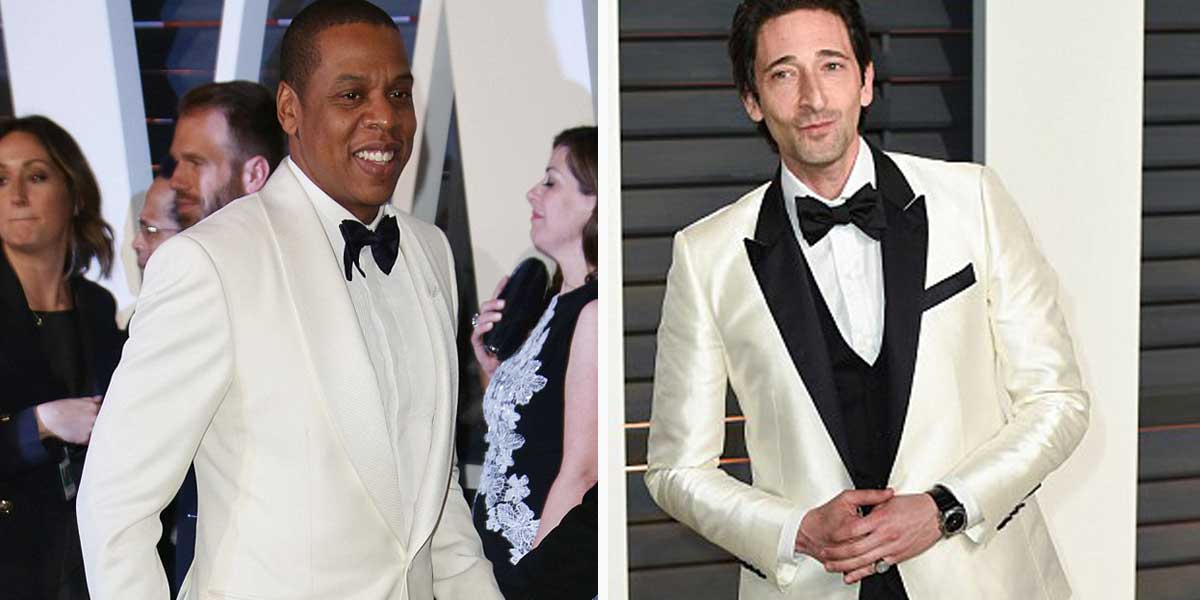 Other prominent leading men who have fearlessly experimented with the look include Jon Hamm and Jay Z. The 44-year-old, who is best known for playing advertising executive Don Draper in the hit American series, paired the jacket with a plain white shirt, black bow tie and silk pocket scarf. Rapper Jay Z decided to ditch his usual laid back wardrobe of slogan t-shirts, gold chains and baggy sports trousers in February while attending an Oscars after-party. The 45-year-old father-of-one looked dapper in his super-slick white jacket and shirt that had concealed buttons. 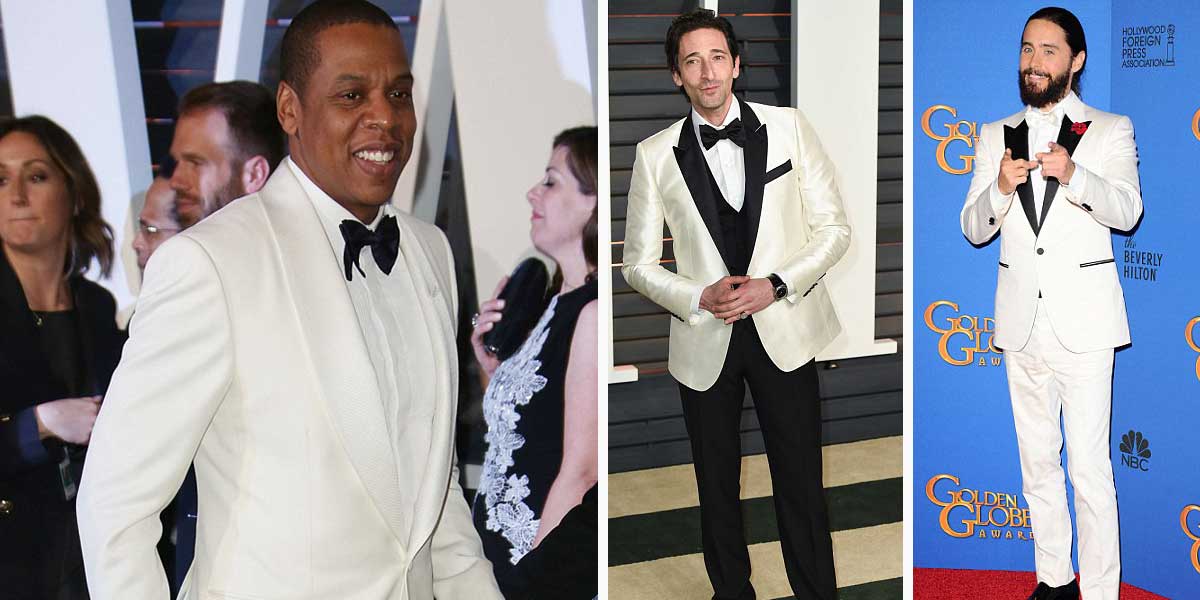 The Grand Budapest Hotel star Adrien, 42, wore his monochrome number over a black waistcoat while 43-year-old Jared added interest with a pop of colour.

You can grab a beautiful tailored White Tuxedo from our new range. Featured below we have included a full black satin shawl lapel, with black satin trim on pockets. The tux is fully customisable and can be changed to replicate any of the looks above. 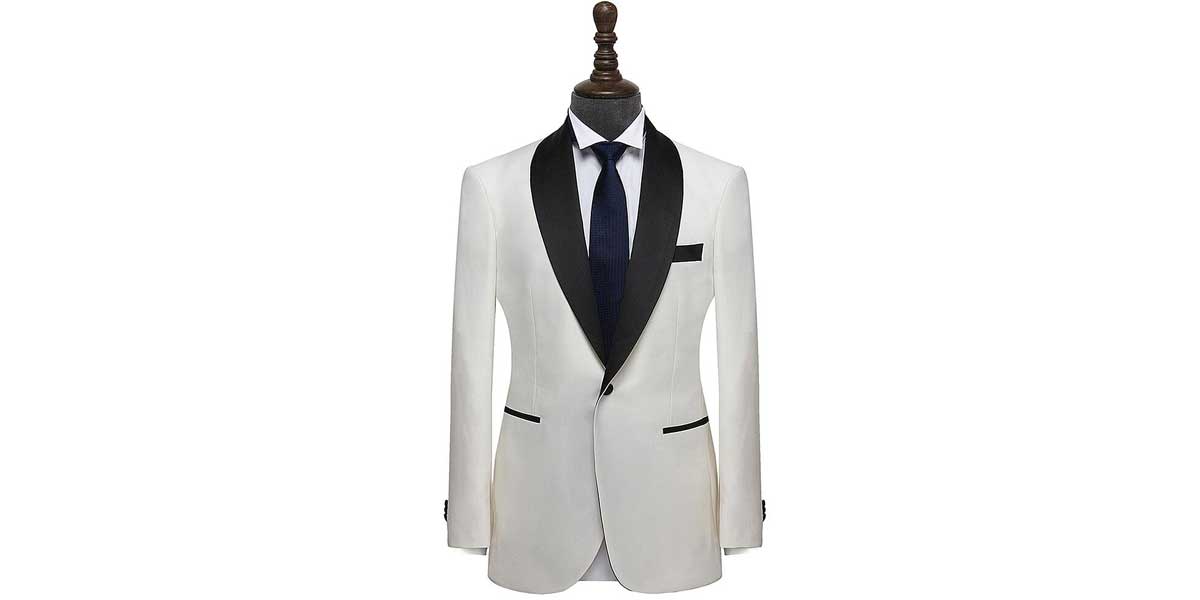 Every gentleman needs a tuxedo so don't wait until it's too late!    This Article originally featured in The Daily Mail. Read more: http://www.dailymail.co.uk/femail/article-3171855/The-end-black-tie-James-Bond-heralds-return-Seventies-inspired-WHITE-tuxedo.html#ixzz3iYklBs3k